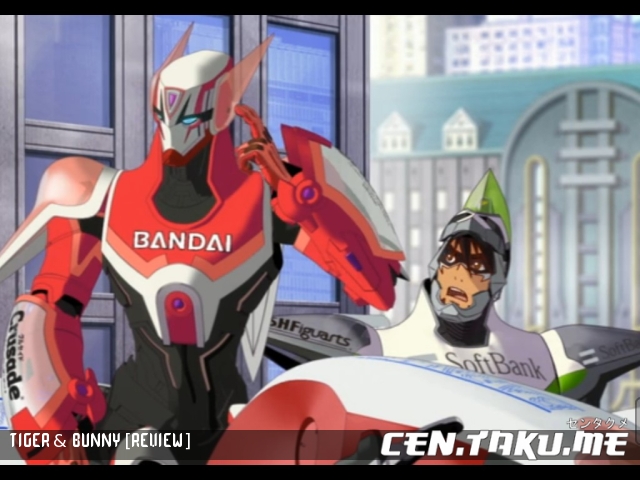 This review of Tiger & Bunny was originally written on October 28th, 2011. There was originally two posts, one with my initial impressions, and a final review after the series finale. However, both posts have been edited in an effort to prevent too many spoilers, as I felt my previous style did that apply that. Apologies!