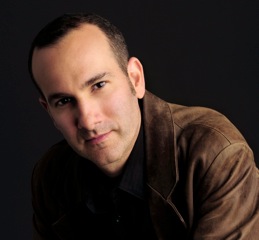 This was my very first interview for CEN.TAKU.ME at the time, so I hope my nervousness explains if hesitated/missed some important questions, and the fact that it’s not long enough. I hope we’ll get another chance to talk soon. ^_^

I would like to give a HUGE thanks to Mr. Stuart for taking the time to talk with me, and to the MTAC staff for making this possible, as well as a deep apology that it has taken this long to upload!

Eric Stuart is known for his voice roles in Pokemon as Brock and James, Yu-Gi-Oh! as Seto Kaiba, Slayers as Gourry, Dinosaur King as Dr. Z, and many others! In addition to voice acting, he is also an ADR Director and is a singer/songwriter. As a musician, Eric has toured with several music artists including Peter Frampton, Hall & Oates, and Chicago. He also tours at many conventions, as well as released several albums with his band, “The Eric Stuart Band”.

Channel Surfing: Welcome to the NHK