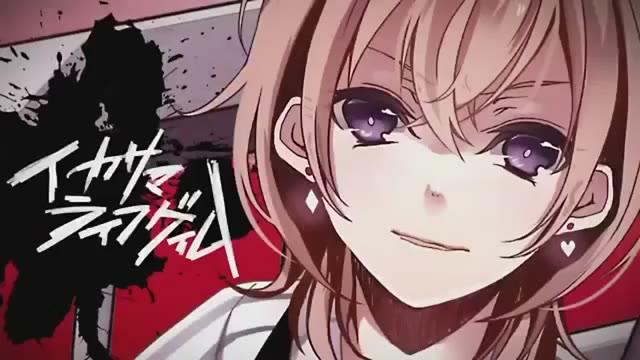 The next Vocaloid Song of the Month is from kemu, which different from the previous post about love throughout one’s childhood. Instead, let’s imagine this song as a candidate for a new anime series involving notes and diaries with serious consequences.

This week’s Music Spotlight is called イカサマライフゲム (Ikasama Life Game), which also features GUMI. This is the first song I’ve heard by kemu, before discovering インビジブル (Invisible) with GUMI and Rin Kagamine that was originally released in 2011, later in my discoveries. Kemu’s song and PV for Ikasama Life Game gives off the Future Diary vibes, and maybe a hint Death Note. Because, what other series like these two that are on a similar f***ed up level? I’m sure there are others, but you can’t ignore these!

However, I might be somewhat right describing the level of this song. According to the Vocaloid Wiki, Ikasama Life Game is about a boy who has a sixth sense that something bad is going to happen to him, so he attempts to avoid it. Everyone around him suffer their fate, while he attempts to stay alive, only to be told that it’s impossible. This song is also based on a novel by kemu: the song’s artist of the song’s very name. There are also other novels based on his earlier song.

Before pressing the play button, please keep the volume at a reasonable level. Trust me.