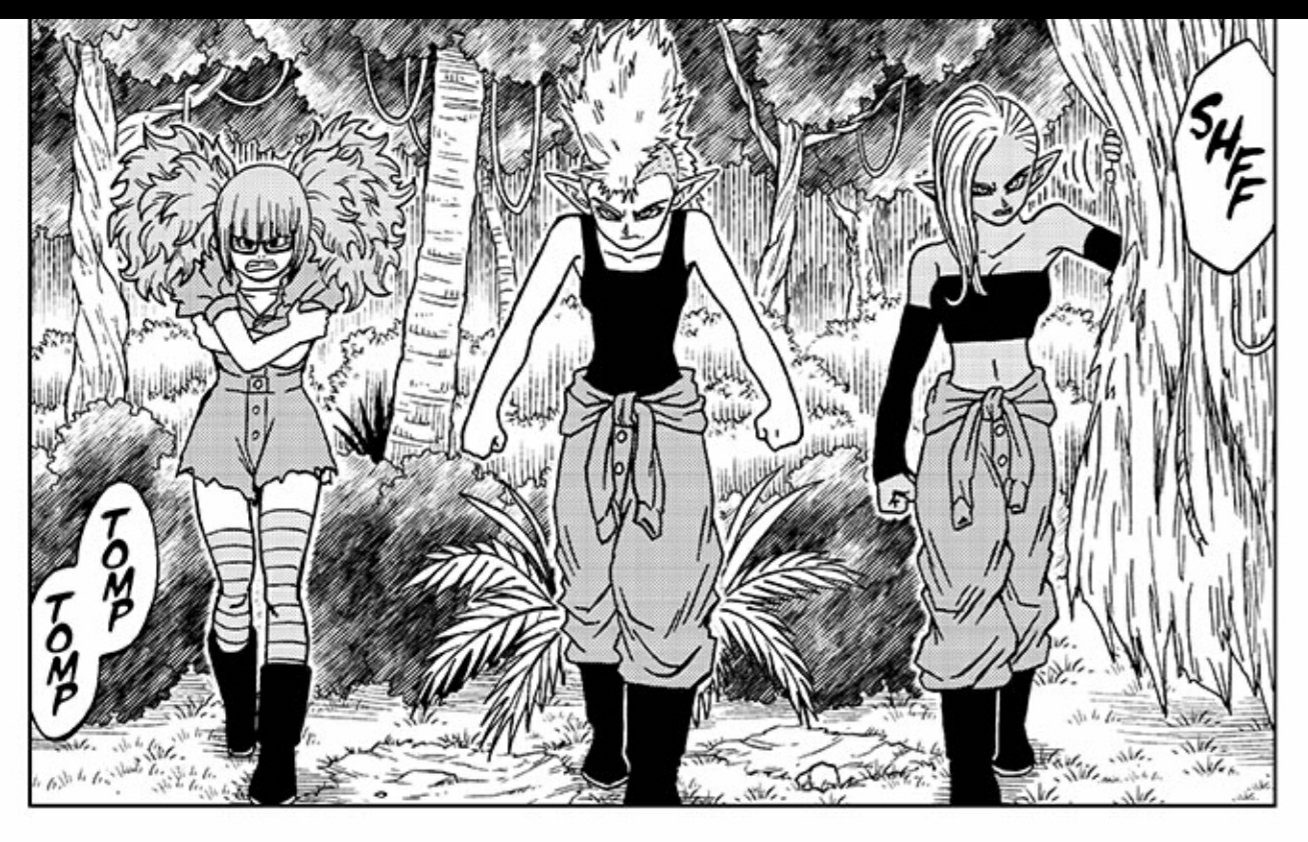 The universe’s latest threat, Moro, arrives on Earth, as the Z Fighters ward off the Galactic prison breakers until Goku and Vegeta finish their intense training.

The fighters split up to take on the peons, where up at Kami’s Tower, Bulma and the others watch from afar, thanks to her drones–something you would think existed only in the Dragon Ball universe before today.

One of the prisoners, Bikkura Quoitur, is a Metal Man–the same as Magetta from Universe 6–goes up against Tien and Chaozu. Tien has trouble putting in a dent, so Chaozu recalls the strategy Vegeta used against his battle with Magetta.

Tien struggles coming up with a good insult, so Chaozu steps in to help.

Where is Abridged Tien when you need him?

Meanwhile, Krillin and Master Roshi go up against three prisoners Miza, Iwaza, and Kikaza. Roshi has a hard time fighting them because… well, Roshi:

Things get easier for him after he puts on his blindfold. When they fuse, however…

How many chapters do you think it will take before Goku gets here?

None. Because he’s here!

Wonder how many episodes will it take for him to show up when Dragon Ball Super returns for another season?