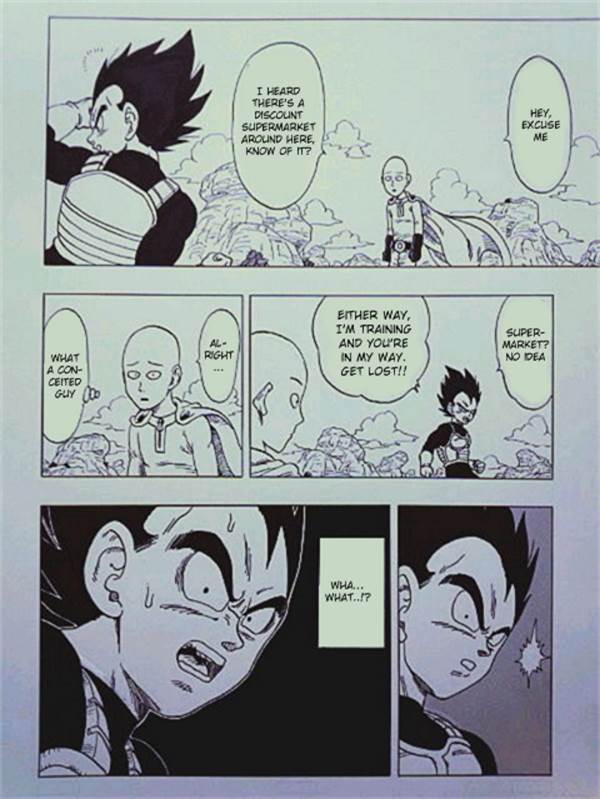 This is an interesting crossover of One Punch Man and Dragon Ball, which both happen to be a part of the “World’s Most Popular Manga” publication, Shounen Jump. However, unlike the One Piece x Dragon Ball crossover, Cross Epoch, this is not an official crossover–but a fan comic created by @dragongarowLEE. He was recently featured on Kotaku, known for his amazing Dragon Ball fan art, which is very, very close to the style of the author, Akira Toriyama.

On his Pixiv page, he created and uploaded a fan manga a couple of months ago on his Pixiv page. It wasn’t until very recently via Tumblr, someone translated the fan manga, which can be seen on the Imgur page.

Check out the a few pages from the translation below! 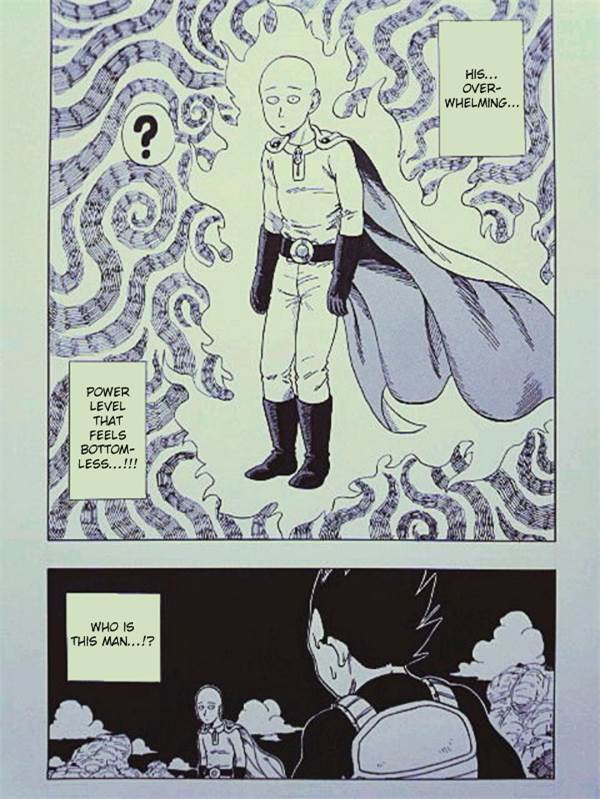 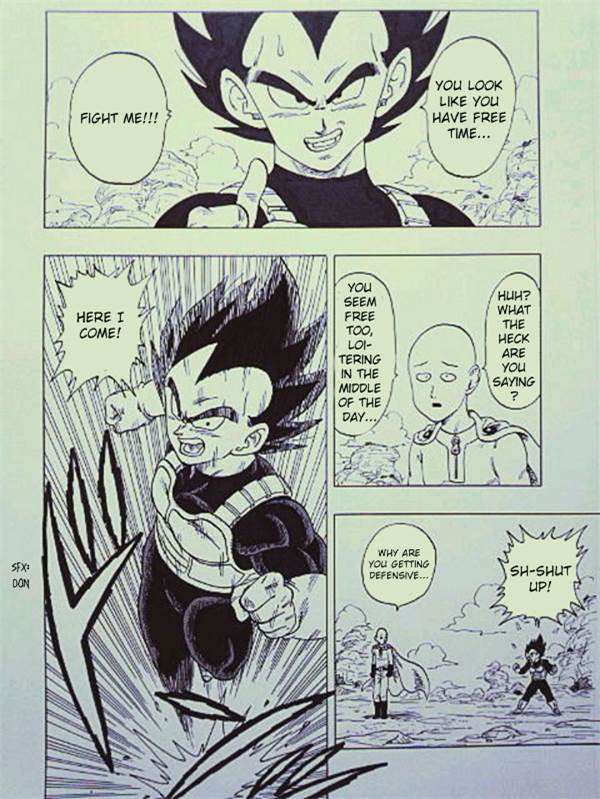