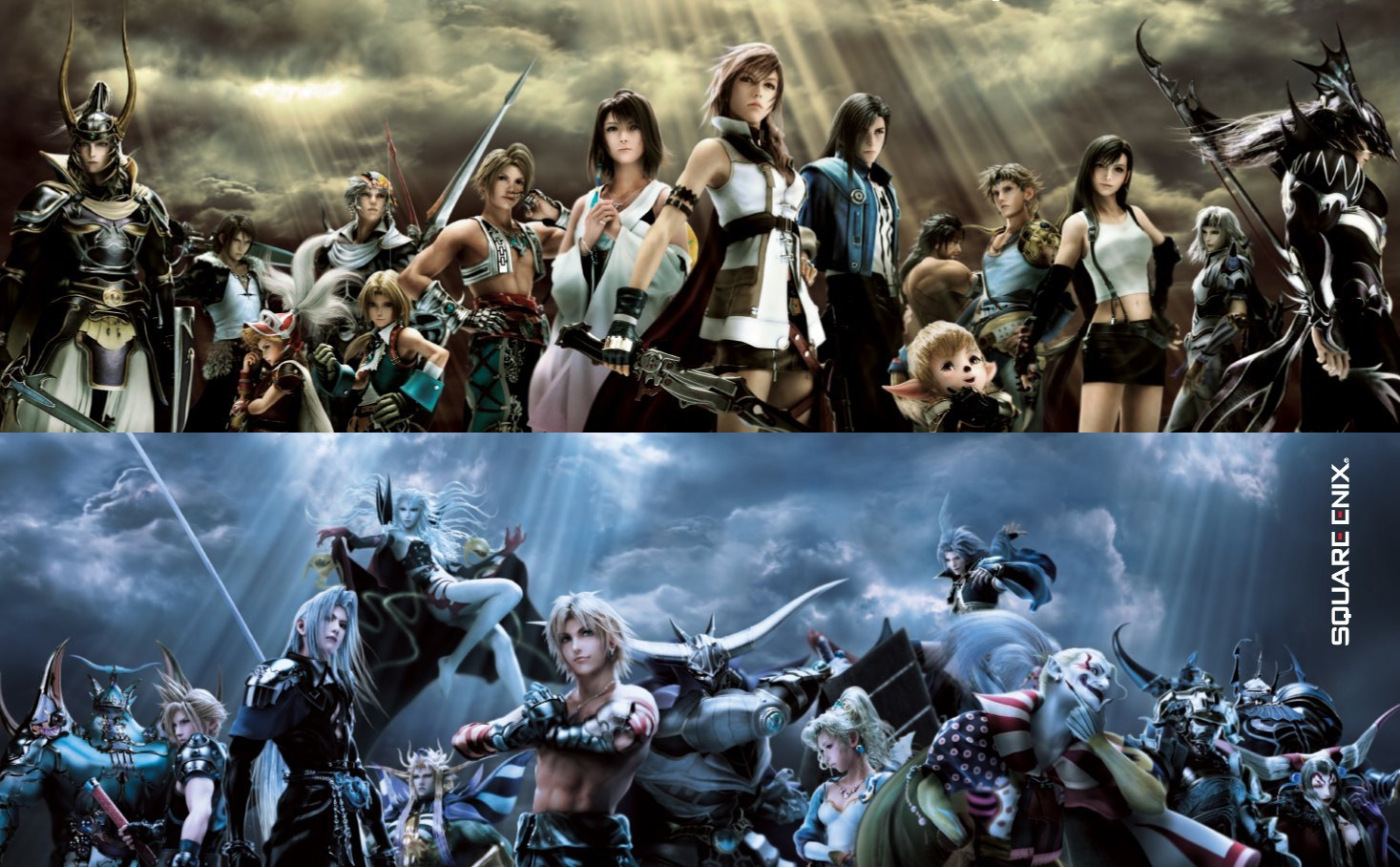 What a perfect way to bring in 2020, as well as the new decade, by reflecting on a highlight of the 2010s, focusing on a personal love and hate relationship with Dissidia 012 (“Duodecim”): Final Fantasy. And what perfect timing when the latest entry in the Dissidia series, Dissidia: Final Fantasy NT, recently announced the latest addition to the roster, Ardyn Izunia from Final Fantasy XV.

For those out of the loop, Dissidia: Final Fantasy NT was released back in 2015 in Japanese arcades, which saw a release outside of Japan on the PS4 a while later (in which the arcade hardware is basically a modded PS4). Since then, characters we all know and love from the main entries of Final Fantasy and from the original Dissidia game was revealed, and some of the characters that was included in Dissidia 012 was reintroduced in subsequent DLC releases.

Going back to the Dissidia 012 era, I will never forget the argument that brewed on many forums that housed discussions for Dissidia of predictions from fans of who will appear in the prequel of the first Final Fantasy fighting game. However, it seems that there is a catch: their favorite character will appear if the main character has a solid connection, good or bad, to their dream character. For example: Laguna Loire from Final Fantasy VIII was one of the first characters announced for Dissidia 012, in addition to the return of Squall Leonhart and Edea from the first Dissidia. While the reasoning will invoke a spoiler for those who are not familiar with VIII, it makes sense why Laguna was included in the lineup.

Another addition to the 012 roster was the inclusion of Lighting from Final Fantasy XIII, which was still in production at the time the first Dissidia was released. Tifa Lockhart from VII was also introduced in re-addition to the staple of Cloud and Sephiroth, as well as Kain Highwind joining Cecil and Golbez from IV, Gilgamesh with Exdeath and the hero Bartz from V, and Prishe and Vaan keeping the company of Shantotto and Gabranth from XI and XII respectively. All eyes were on another beloved Final Fantasy entry, which was X. Well, at least for myself.

Whose story is it?

For Final Fantasy X, we already had Tidus and Jecht for respective hero and villain. A clear match for the game roster considering their involvement. But the question was: who would be the third representative from X? Major speculation from fans considered Auron to be the idea candidate for 012, because he does play an important role in the story in a way where he would be likely included. Not to mention that he’s just an all around badass and he clearly fits the bill for a fighting game. And of course, being bias, Auron had my vote to be included since he helped carried me through the 2000s as my favorite Final Fantasy character ever.

Of course, Auron isn’t the only character that was speculated. Yuna was a strong contender for inclusion considering, well, I mean… just watch the important cutscenes, if not a full playthrough of FFX, and you will understand.

In the end, Yuna was included in the final roster for Dissidia 012. It was during a reveal trailer from Jump Festa 2011 where it was hinted that she would be the next announced character by merely showing her feet:

Of course, there were mixed reviews of her announcement. Many were excited, and many skeptical and bitter, more so after the release and having unlocking and play her, questioning her mechanics. And one of the places–which was a mistake to lurk, thinking back–which was GameFAQs, expressed their excitement in a way where it could be construed as serious… or just straight up rude, where one poster called Auron an “ass”.

The reasoning behind the inclusion of Yuna was based not only on story involvement, but from various popularity polls in Japan during the time when the Dissidia series was in development. Auron still had some bit of love in Japan, where according to the Final Fantasy X Ultimania Omega published back in 2002, Auron topped the poll with 1404 votes, with Tidus and Yuna trailing in respective 2nd and 3rd places with 1165 and 836 votes. However, Auron did get an honorary inclusion in the form of a Ghost Card for Jecht that changes his appearance, as well as his stats in the shadows of the Legendary Guardian.

Now that we’re in the era of Dissidia NT, the fan speculations start anew. The characters we saw from the previous entries have made a return, with some made available in the form of DLC. Yuna, Tifa, and Gabranth return as DLC characters, but newcomers include Snow Villiers as the opposing representative for XIII, Zenos yae Galvus from Final Fantasy XIV, and Locke Cole from Final Fantasy VI are to name a few. Noctis Lucis Caelum from XV who was announced as part of the integral cast of DFFNT, is no longer alone with the recent inclusion of Ardyn. There are a few additional characters that were previously in 012 that have yet to return including Laguna. For VIII, however, Rinoa was added to the roster in 2019.

In a 2017 interview on VG247, director Takeo Kujiraoka and producer Ichiro Hazama explained the process (and struggling decisions between themselves) of adding characters to the game. The goal for the total number of characters was previously said to be 50, although they could go beyond the initial count. They even introduced their personal favorites they would like to see added: Kujiraoka expressed interest of including Aranea Highwind (XV), and Hazama–who provides some relief in my own wishes–was all for Auron’s inclusion.

In December 2017, a live event was held commemorating the 30th anniversary of the Final Fantasy franchise which included a Dissidia-related story, featuring the voice actors for Cloud, Squall, Tidus, and Sepiroth. Titled “Secretum”, the story follows the three heroes as they come across a young man with amnesia who was summoned for a purpose known only to the gods. In the story, characters Locke, Rinoa, and Auron was mentioned.

In the two years since the event, in 2019, Locke and Rinoa was revealed as DLC characters, with the staff-advocated candidate of Auron who has yet to be announced. There has been discussion as to who the young amnesiac male is, which included Locke. From the page for Secretum on Fandom.com’s Final Fantasy wiki, other possible speculations included Dresch (Final Fantasy III) and Benjamin (Mystic Quest). Perhaps these could be clues as to who will eventually get their time to shine in future DLC releases?

What Goes Around Must Come Around

As of writing, it appears that the current release schedule for additional characters is every quarter, which in 2019 happened to coincide with the anniversary of the release of DFFNT, December 22nd–and in which it is also the release month of the first Final Fantasy game in 1987, and the release of the first Dissidia game 20 years later.

The best place for I’ve found for discussions concerning upcoming characters, including dream teams and eSports strategies, is the r/Dissidia subreddit. There is no end in sight for DFFNT, so there will be plenty of talking in support of who is next, which appears to be between the end of February and early March–unless Square-Enix decides to change their release schedule. With a few characters from previous Dissidia games yet to return, it seems likely that future DLC characters will see their return.

Here is hoping that fans of their favorite character will get to see them again soon on the stage of Dissidia NT! Who would you want to see in the game? Post your predictions in the comments!