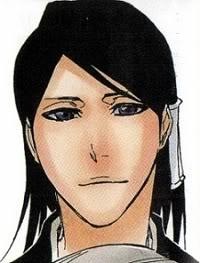 Do you hate it when you finally catch up on your favorite series–to find that there is more to it from what you read? For me, it bothers me to no end… until you stand up and ask “just who the hell is this guy/girl?” After catching up to an on-going manga series to the latest chapter, I was stumped–until now.

Note: this post was originally published in 2011, and now that the Bleach anime is returning for 2021, now is the perfect time to republish this to reignite the Kuchiki fan in myself!

Before I get into this, I should warn those who are curious that this no doubt contains spoilers for a particular series. Let’s say that it’s for Bleach. It’s not from the anime, and maybe, not from the official manga, but from another source in addition to the manga. Cue the warning, as a reminder.

It was the other day when I stumbled across Bleach fanart on Pixiv while searching for anything relating to Byakuya Kuchiki (yeah, I’m that determined). A submission in the results led to a character that looks a lot like him, but is not him at all. A relative, perhaps?

We already know about Ginrei Kuchiki, thanks to the Turn Back the Pendulum arc. Then there’s Koga Kuchiki from the Zanpakutou arc–if you’d count him from a filler arc. Both of these men feature very Kuchiki-like qualities as this mysterious man from the artworks.

Is Byakuya that–compared to the other captains with the most attention–under-appreciative that fans go out of their way to create an Original Character of Kuchiki origins? (Evil Kotetsu from Tiger & Bunny, for example.) I thought that was the case at first, but it turns out that this “movement” could lead to something “important” in the next several years of Bleach.*

The man in the picture above is Soujun Kuchiki, the father of Byakuya. Shocking, isn’t it? We know that his parents are deceased in the current timeline, said time and time again during the Soul Society arc, but we actually get to know more about another Kuchiki relative besides old(er) man Kuchiki. Where does he show up? Not in the manga itself, but as a side-story in the second profile book, “MASKED”.** So now we finally know the identity of one of the 28th head’s parents. I guess there’s more to be told of the clan’s past as the series goes on. There’s his mother, and possibly his “aunt” from the anime, via the Zanpakutou arc…

(* Keeping in mind this was written in 2011, I stopped reading Bleach a few years later around Chapter 602 due to some serious issues in my life where I couldn’t focus on it. Now that the anime is returning with the “Thousand Year Blood War” arc, and due to the current nature of things in the world, now would be a good time to catch up to see what develops. With that said, if commenting–NO SPOILERS.)

(** I purposely didn’t do further research on him, but I’d leave it as is for the time being, because: 1) Viz originally released the MASKED book in English in Spring 2012, and 2) I’m just like that to keep things under wraps for my benefit to keep things fresh and exciting!)

Recommended Reading:   What is the Best Anime Convention?