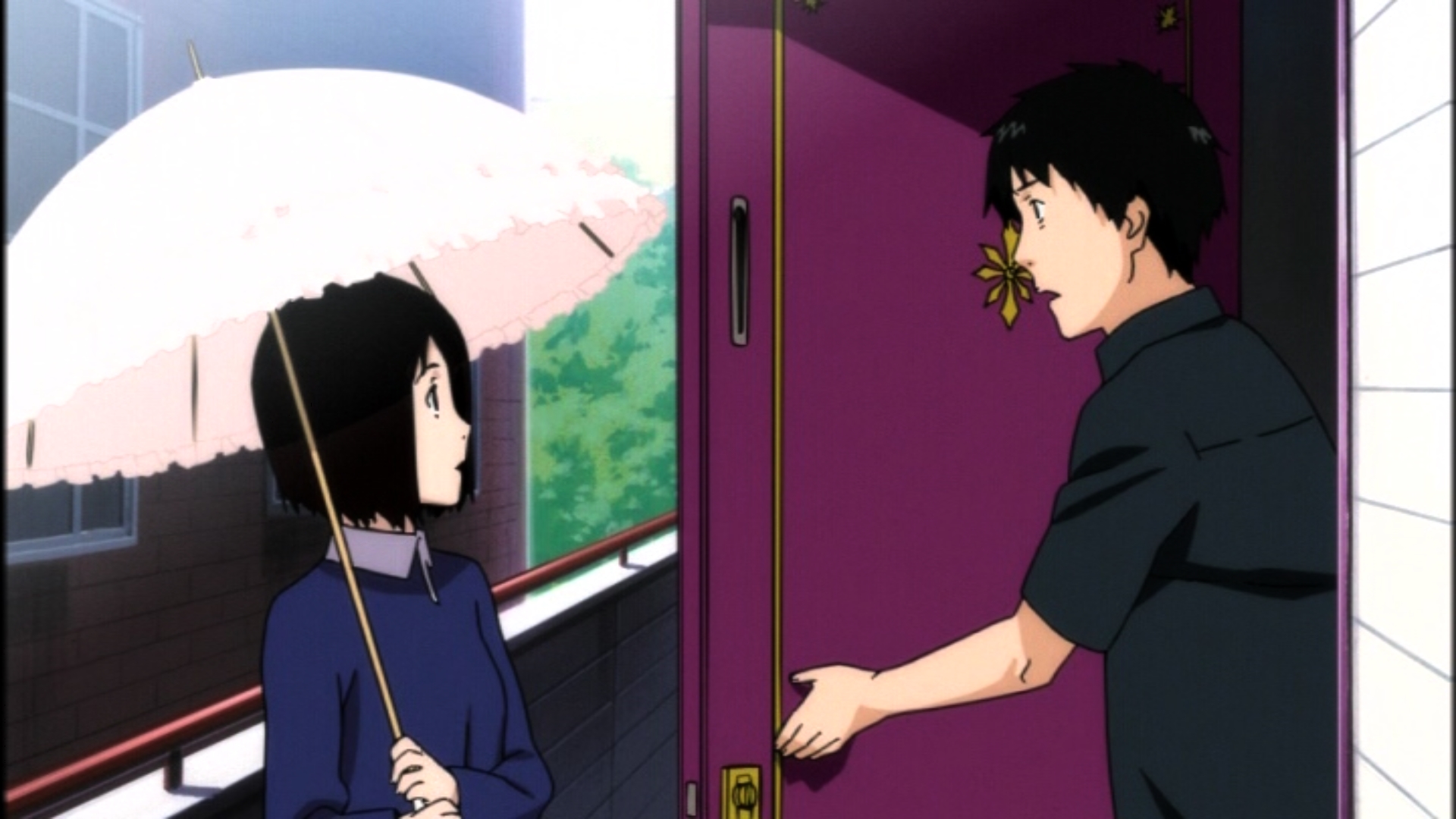 The anime Welcome to the NHK (or NHK ni Youkoso! in Japanese) is a series that caught my attention back in 2006 when it first aired. It was also one of the first anime series I wrote about on an anime-centric Blogspot blog “NAKIME” before Centaku Media was launched the following year. And what inspired me to revisit the anime is all due to the current events of the Coronavirus, aka COVID-19, where it is strongly urged to limit social interactions, better yet–not leaving the house at all, whether quarantined or not. Although this anime has nothing to do with the current situation, it’s a timely opportunity to look at the life of a shut-in, for better or worse.

The series introduces us to Satou Tatsuhiro, a 22 year old college student who has been living alone in self-isolation for four years. Basically, he is a shut-in, or what Japan calls it: a “Hikikomori”, who has a very active imagination about many things. Due to his extended isolation, Satou’s mind turns to things of the conspiracy kind, who leads him to believe he is under control by an evil entity: the “Nihon Hikikomori Kyokai” (roughly: “Japan Shut-In Society”), or “NHK” for short.

During his journey as a NEET (Not in Employment, Education, or Training), Satou meets a couple of interesting people along the way. Despite Satou’s status, he is suddenly interested is game development, in which he is working on a—wait for it–, an H Game. As a shut-in, it’s expected to have either one or two, or no friends at all. However, Satou runs into Yamazaki, a classmate he saved from being bullied when he was in school, who is also an all around Otaku, and who also pushes him into his game development.

Another character who becomes a person of interest is Misaki, who seems to know a lot about him, and is wanting to help him break out of his shell. In the first episode, she appears with an older woman whom they are going door-to-door to suspected NEETs to convert them into everyday society. Satou initially tells them to screw off, but he eventually runs into Misaki again and is unable to escape her as she presents him with a challenge to adapt to society. He tells her that he’s working on a game, but she casts her doubts when she’s presented with reasons, including a book Satou shows her looks like it hadn’t been used before; which was borrowed from Yamazaki, in which he scolds Satou for “making a deal with the devil” of sorts.

Back in 2006, I attempted to write individual episode reviews about Welcome to the NHK, which ended up being sporadic–which leads into my current writing approach that I’m comfortable with in order to drive my points across–thank you to the past myself! However, I only wrote a couple of them from this anime, and one of them I am about to share was very relevant at the time that I hope someone else can relate to, as well as get an idea of what Welcome to the NHK deals with!

There were a couple of episodes of Welcome to the NHK! that made me “homesick.” Want to know why?

If you’re familiar with the MMORPG, Final Fantasy XI, and have visited my sister blog, “Nakashima of Remora,” then you know why I feel like this. From the episode, “Welcome to Reality,” Satou is offered a trial subscription to the game “Ultimate Fantasy“. (/cry)

Satou checks out Ultimate Fantasy and he deals with the hardships of being a newbie; looking for money, armor, weapons, and difficulty of fighting high level monsters. Along the way, he meets another player, Mia, who is supposed to be a Mithra. Satou’s character, named SA10, and Mia get along very well. Their relationship is almost familiar with my character, Nakashima, along with fellow player Tetsushi!

This anime followed me on so many levels as it was on the air, relating to nearly every theme presented in the series. The reason it was so relevant because at the time I had moved from Chicago, IL, to Chattanooga, TN, where I had no friends, and had to take care of my mother’s deteriorating health, putting me into a role where I had limited public social interactions other than online social communities.

Welcome to the NHK can be hilarious, and sometimes wholesome, but it’s ultimately described as “psychological dramedy”. Although every person’s experience differs from the story, this anime is a series that deserves to be added to a watchlist, especially in a time of crisis.

Where to Stream Welcome to the NHK: FUNimation | List Entries: MyAnimeList