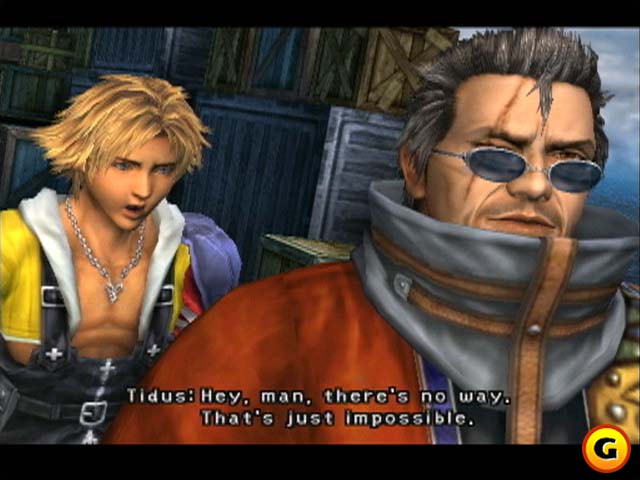 Author’s Thoughts: Considering the nature of Final Fantasy XV, I thought the game would have something similar, which it does, in a way: when Prompto asks Noctis who does he (the player) want to see more photos of: Ignis, Gladiolus, Prompto, or Noctis himself. If Final Fantasy X was remastered for a second time, I wished they added photo mode. There is one character who does not get enough photo opportunities! ^_^

Here’s something that I never knew existed in Final Fantasy X: it has a hidden affection Easter Egg built in. I came across this a few weeks ago searching for FFX videos, watching a few of my favorite cut-scenes.

It has nothing to do with dating–unless you’re thinking about Yuna, Rikku, and Lulu–but what the “affection system” does is that a character will join you on a snowmobile ride once you get to Mount Gagazet, Kimahri’s home.

Before you get to the event, you need to give the character you want Tidus to ride with a potion (or another healing item) while in battle many times prior to the cut-scene.

It’s not just for Y/R/L… It can be done with Wakka, Kimahri, and Auron, as seen below.

Nakaichi’s Stream Gag Highlights Round Up: #1