This post was written for the Japan Blog Matsuri, hosted by Deas over at Rocking in Hakata (Thanks!). The theme for February 2009’s issue was Foreign Foods, which can be read here..

After years of a personal debate on the thought of tasting just one roll, I have been introduced to the world of Sushi. Actually, I was re-introduced to Sushi thanks to my World of Warcraft buddies; Stating the fact that I would never eat Sushi in my entire life came the suggestion of trying it just once after their visit to a local Sushi bar. 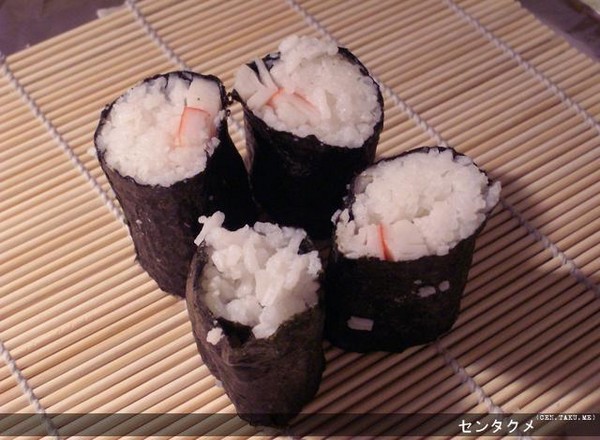 I decided to try some out that was readily available at my local Publix supermarket near the deli area. It was a combination of Carrots and Cucumbers. The tradition Sushi was also available, but being a first time Sushi eater, I got the “easiest” choice.

Eating them for the first time was a new eating experience; I got over the raw seaweed part, but it can be hard to chew it properly. Until now, I have yet to try actual Sushi with raw fish, which is a bit more expensive at Publix, but I’m still a wimp when it comes to raw food that happens to a common delicacy… 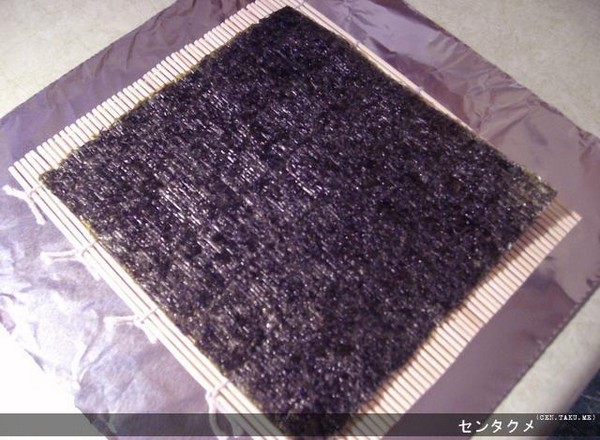 For a few months, I started the practice of making my own Sushi, using a Bamboo Sushi Mat, Seaweed Wraps, also called Sushi Nori (すしのり), and regular rice that I cooked a little longer than I usually do; some say you need special “Sushi Rice”, but cooking it longer giving it a sticky texture worked for me.

For stuffing, I used random lunch meat, such as Bologna. I had some cans of crab meat around, but it turned out to be shredded Crab Meat… so the Bologna had to do. Once finished, it was delicious! It’s definitely a start in the direction of eating tradition Sushi. 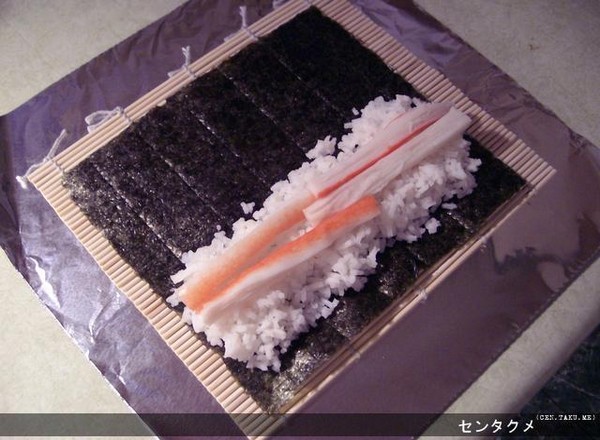 I recently made more Sushi using Imitation Crab Meat–which needs to be cooked to a point to achieve a certain taste. Otherwise, it will be “tasteless”. A personal note: lightly fry the Crab Meat next time. ^^;

As mentioned, the rice is cooked to the point where the boil water is just about evaporated for a sticky texture, but not too dry. It is then removed from the heat for 45 minutes or until the rice is warm (not too hot to touch). Once the Nori is ready, the rice is spread out to the edges of the wrap. Finally, the filling, the Crab Meat, is placed in the middle. 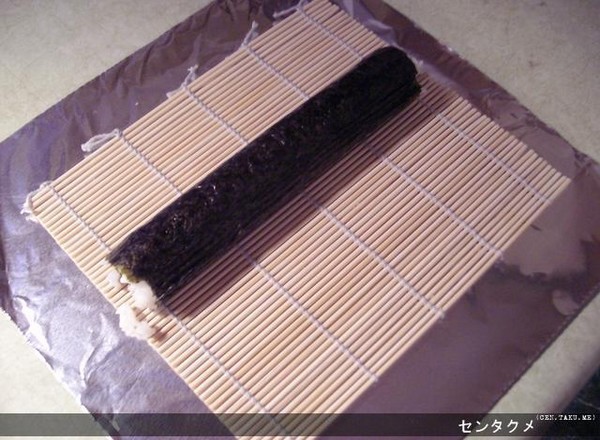 Once everything is in place, the mat is folded at both ends and is gripped firmly to keep the ingredients in place. Lastly, the Sushi is cut into two rolls, then into four smaller rolls by cutting both rolls together. The end result is amazing. Although, I do hope that someday I’ll be able to try authentic Sushi. ^_^ 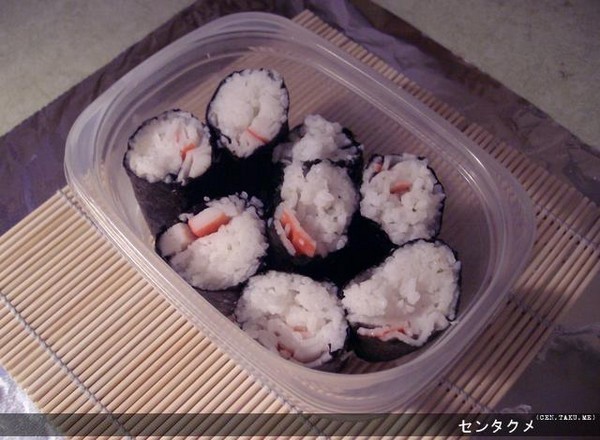