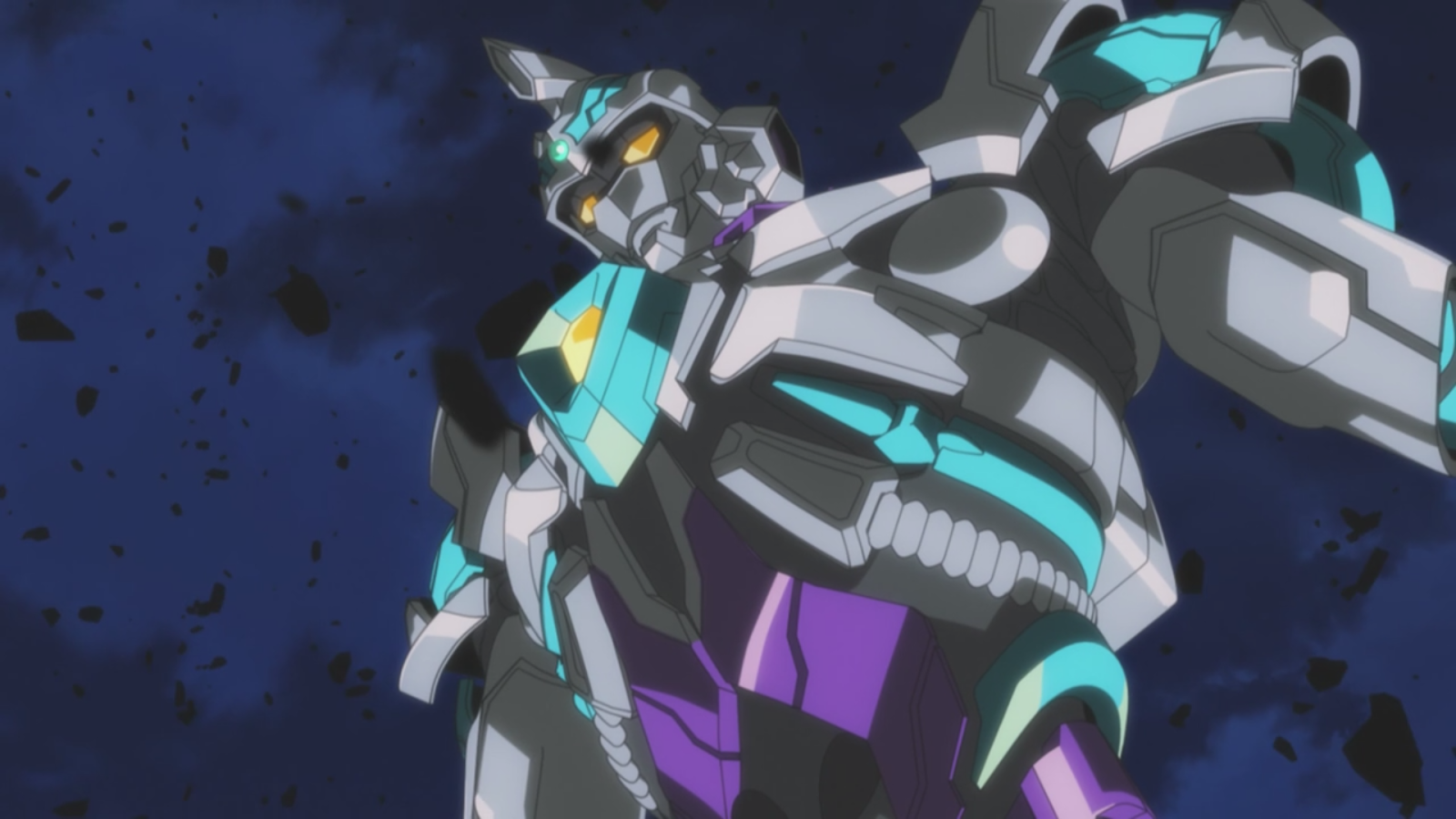 SSSS.Gridman is a selection from the Fall 2018 Anime Lineup that caught my eye for a nostalgic reason. If the name sounds familiar to you, it is based on a live-action Sentai series that aired in the 1990s, called “Gridman“. It also inspired a Power Rangers style retelling in the US, called “Superhuman Samurai Syber Squad“. If you remember any of these, you will be in for a wave of nostalgia. 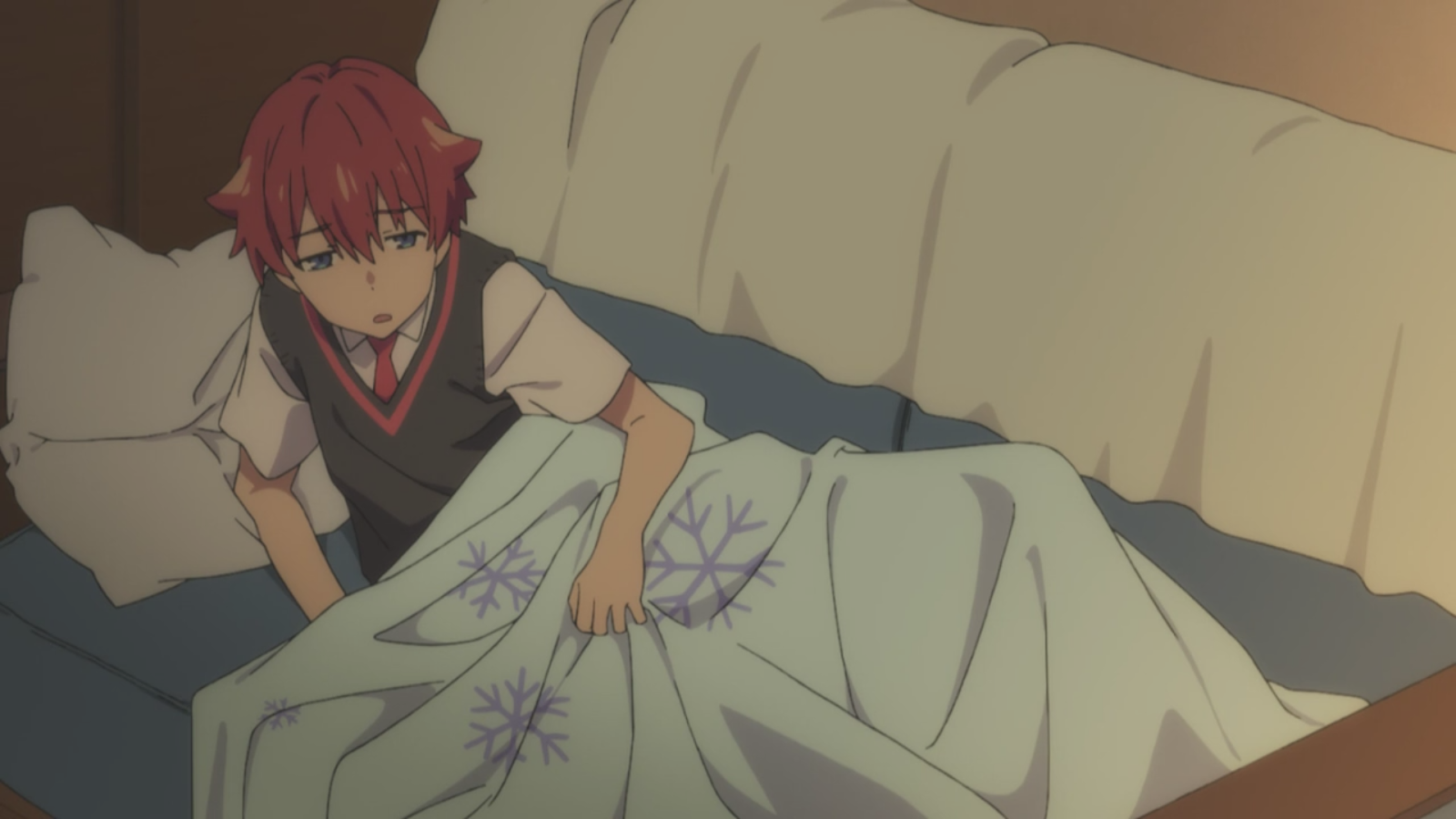 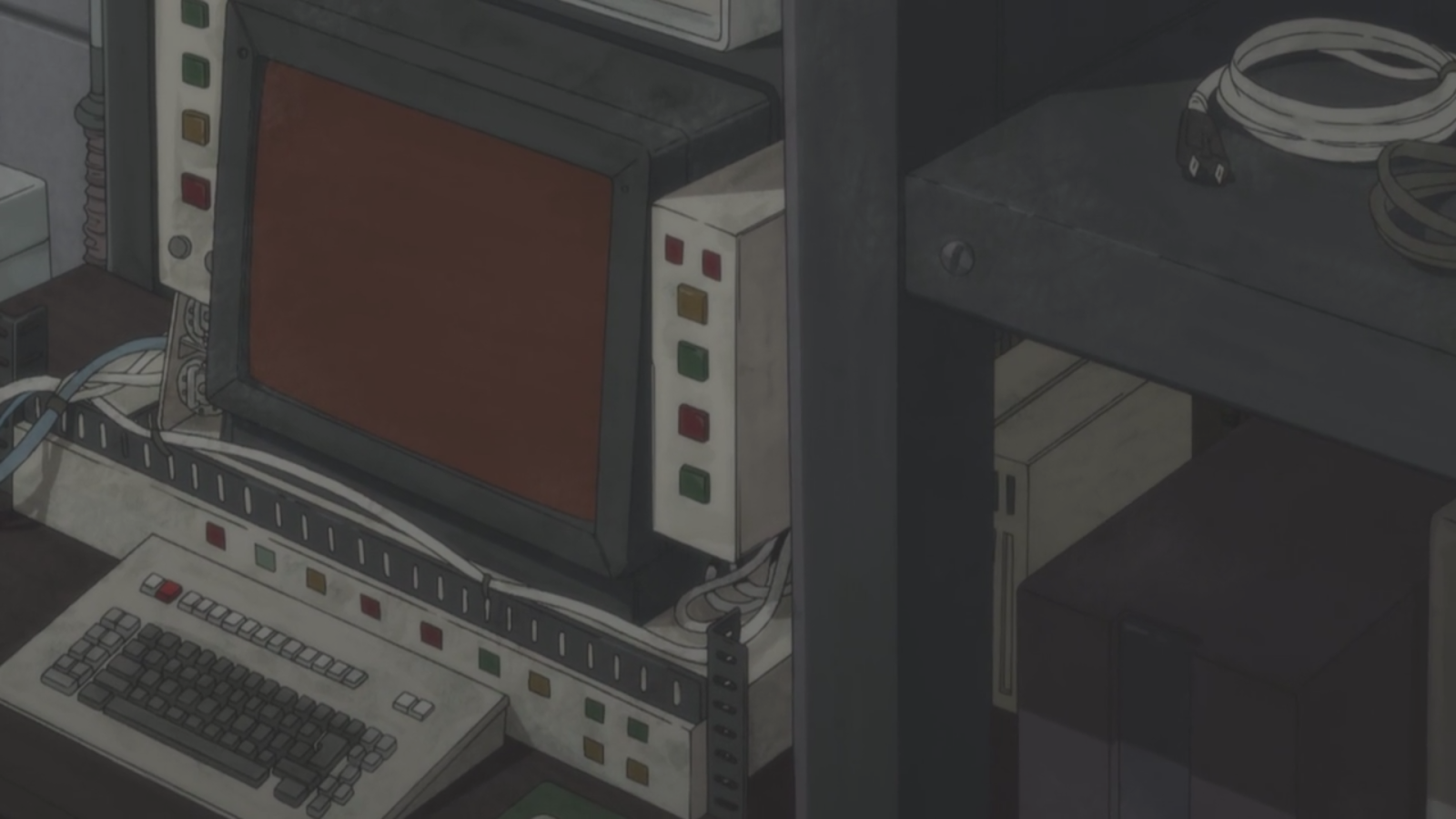 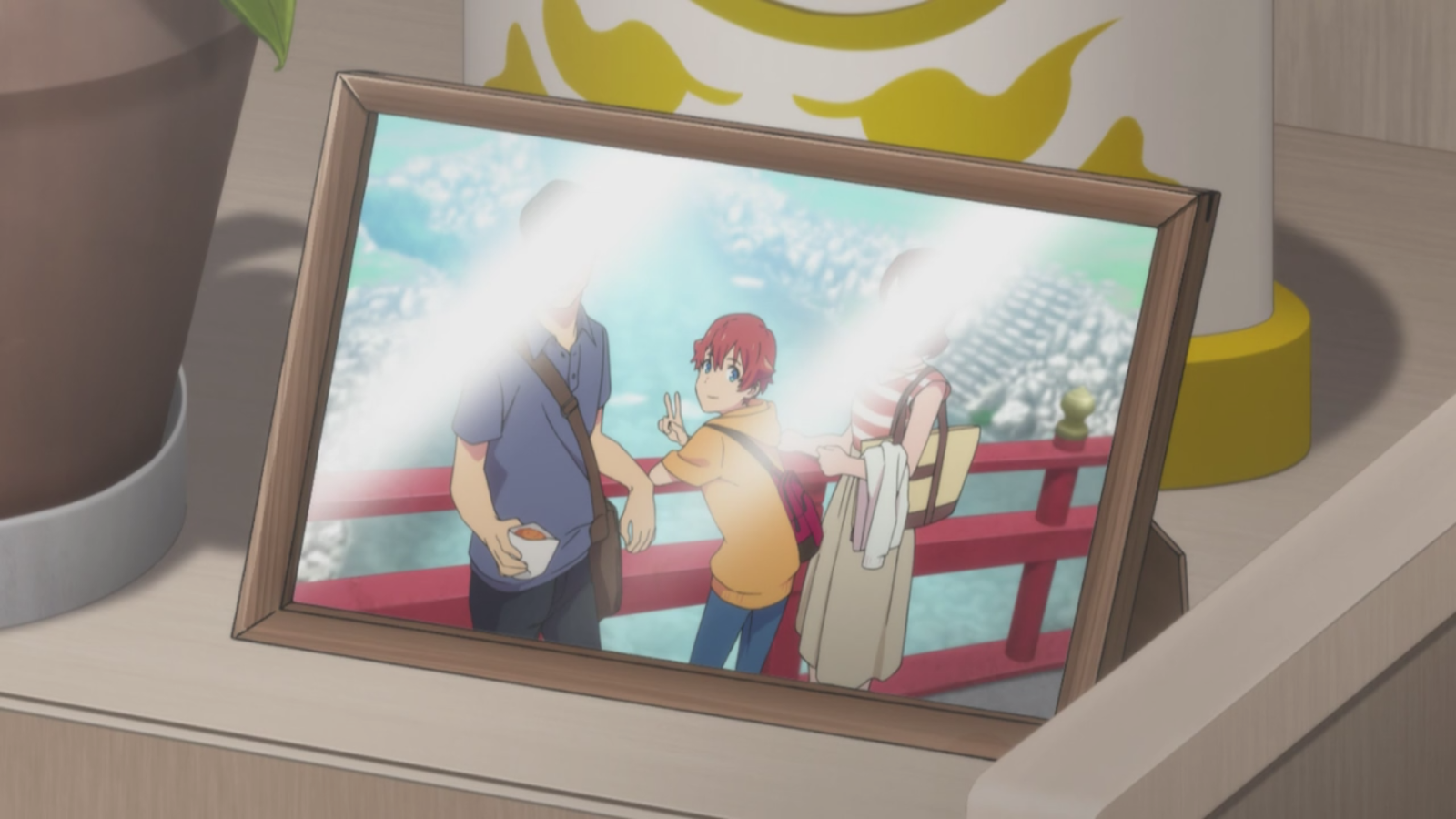 The first episode begins with the main character, Yuta, waking up in the home of a classmate, Rikka, whom he hasn’t talked to long than he normally does at school, as she points out. When he comes to, she offers him a walk home–where on the way he claims to see a Kaiju hidden behind the clouds of the setting sky. He’s the only one who can see it, and he leads the girl to believe he’s still needs rest from his sudden illness.

When he gets back home–which happens to be an antique store of sorts–he shows the girl around. They come across an old computer (which looks a lot like the computer used in the original show), where he suddenly sees a visitor, in which only he can see. The following day, Yuta runs into Sho, who Yuta has a hard time remembering his name due to his memory issues. 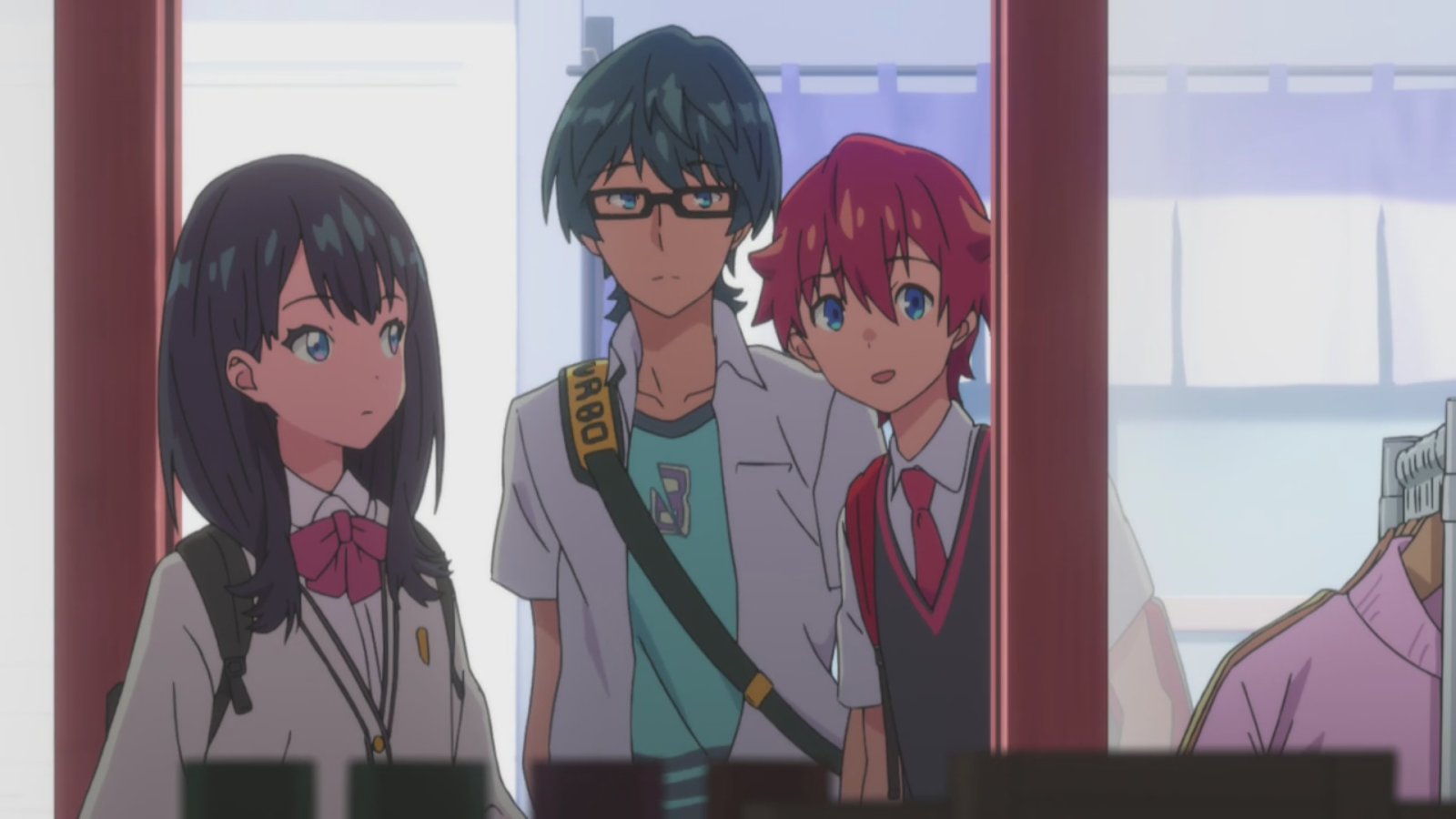 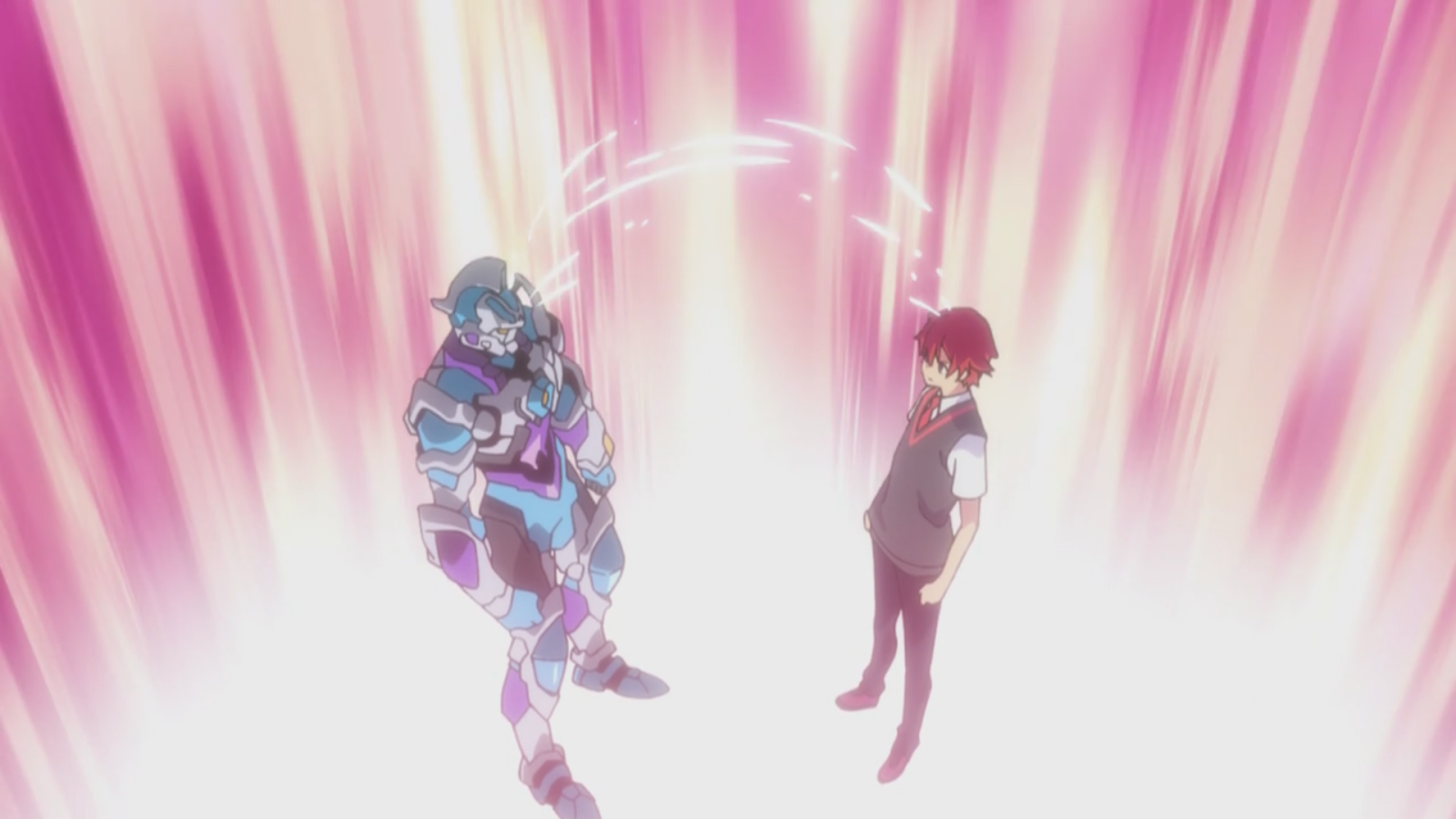 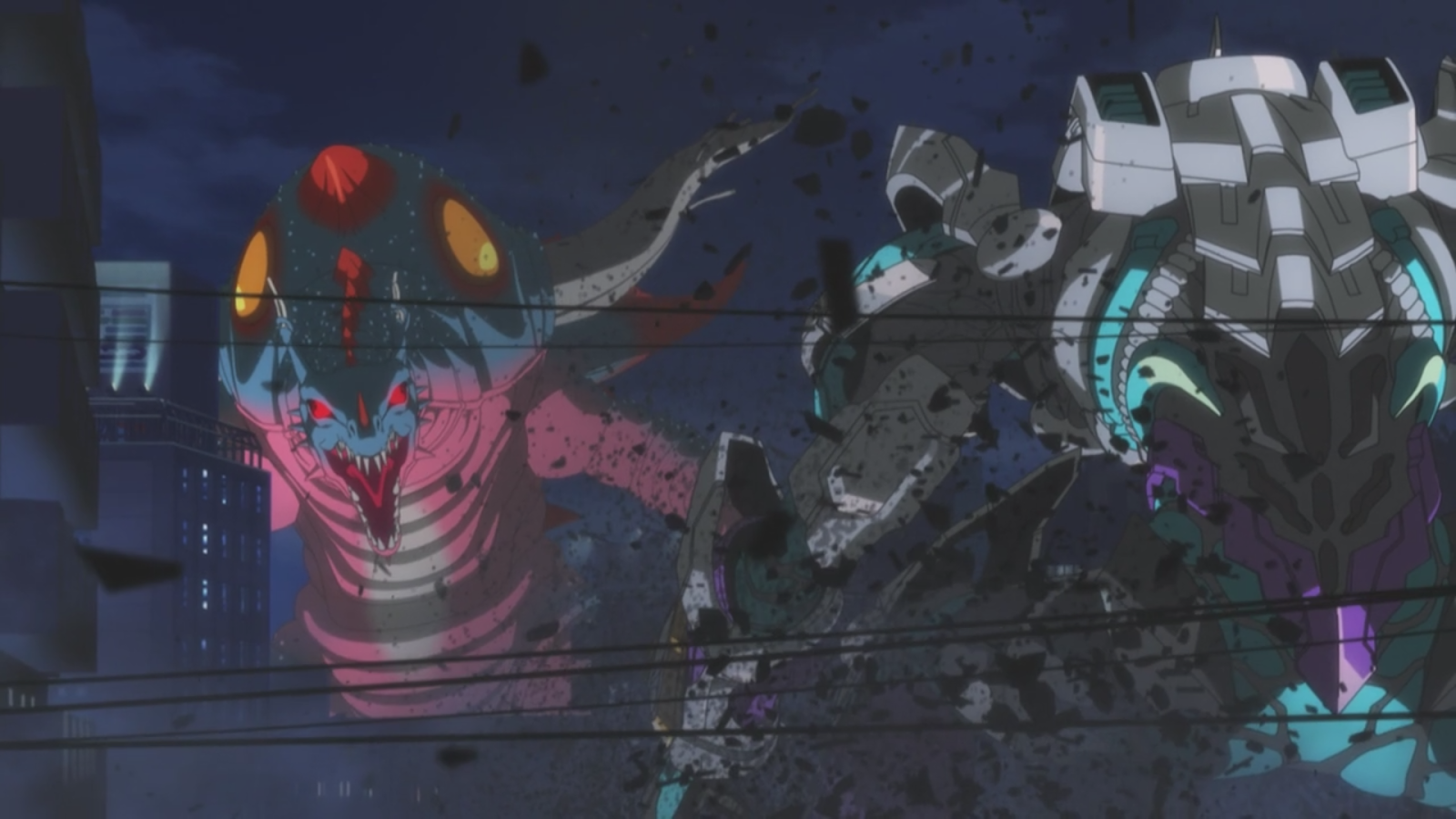 When Yuta takes his friends to his family shop, the “visitor” appears, who we all know as the Gridman, requesting the help of Yuta. The next thing he knows, Yuta is sucked into the being of Gridman to put a stop to the destruction around them thanks to the Kaiju. The attack makes national headlines… although once peace returns, it’s like nothing happened at all…

The first episode was… alright. The character designs upclose are not bad, but it suffers when there are far away shots… 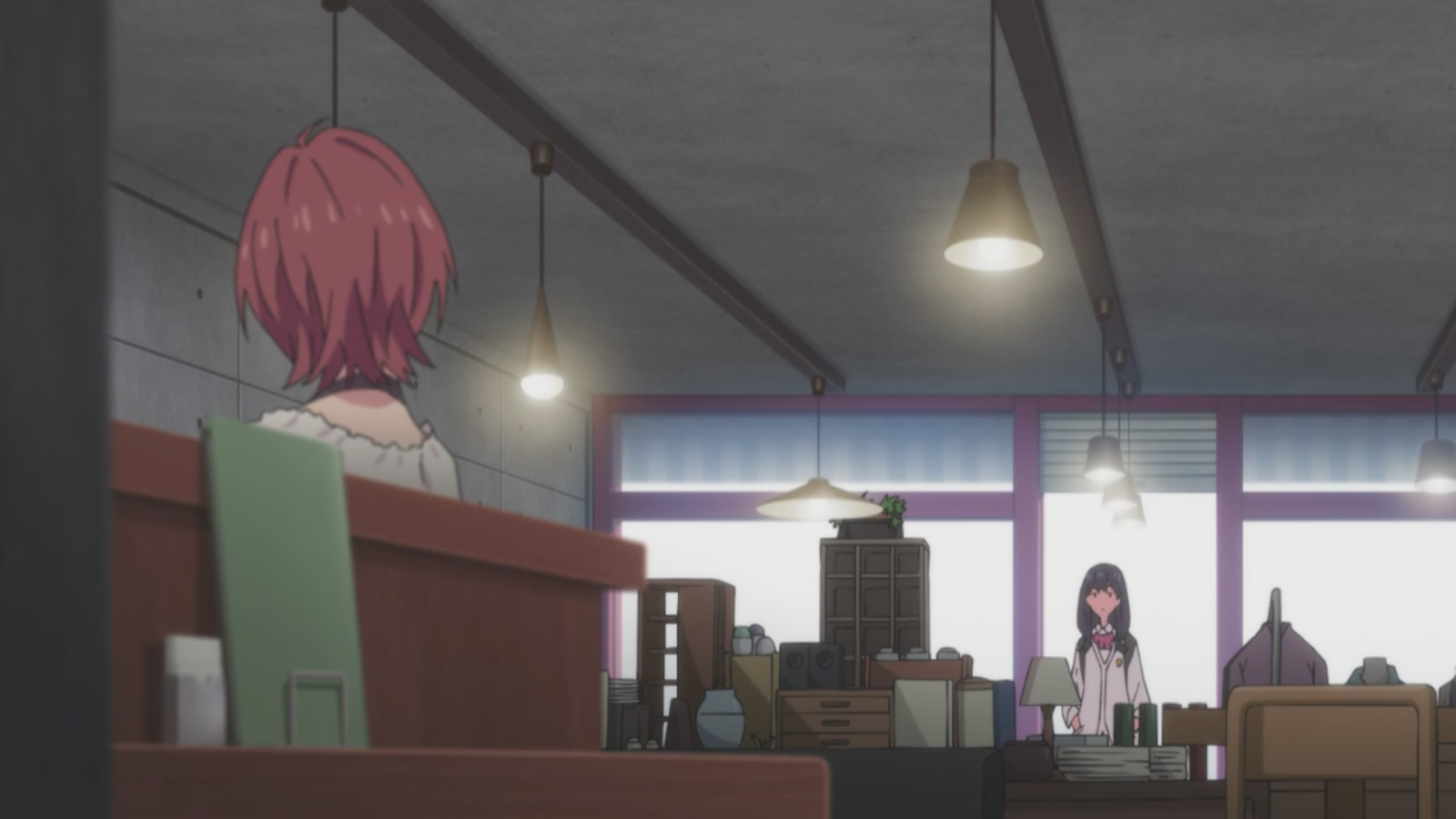 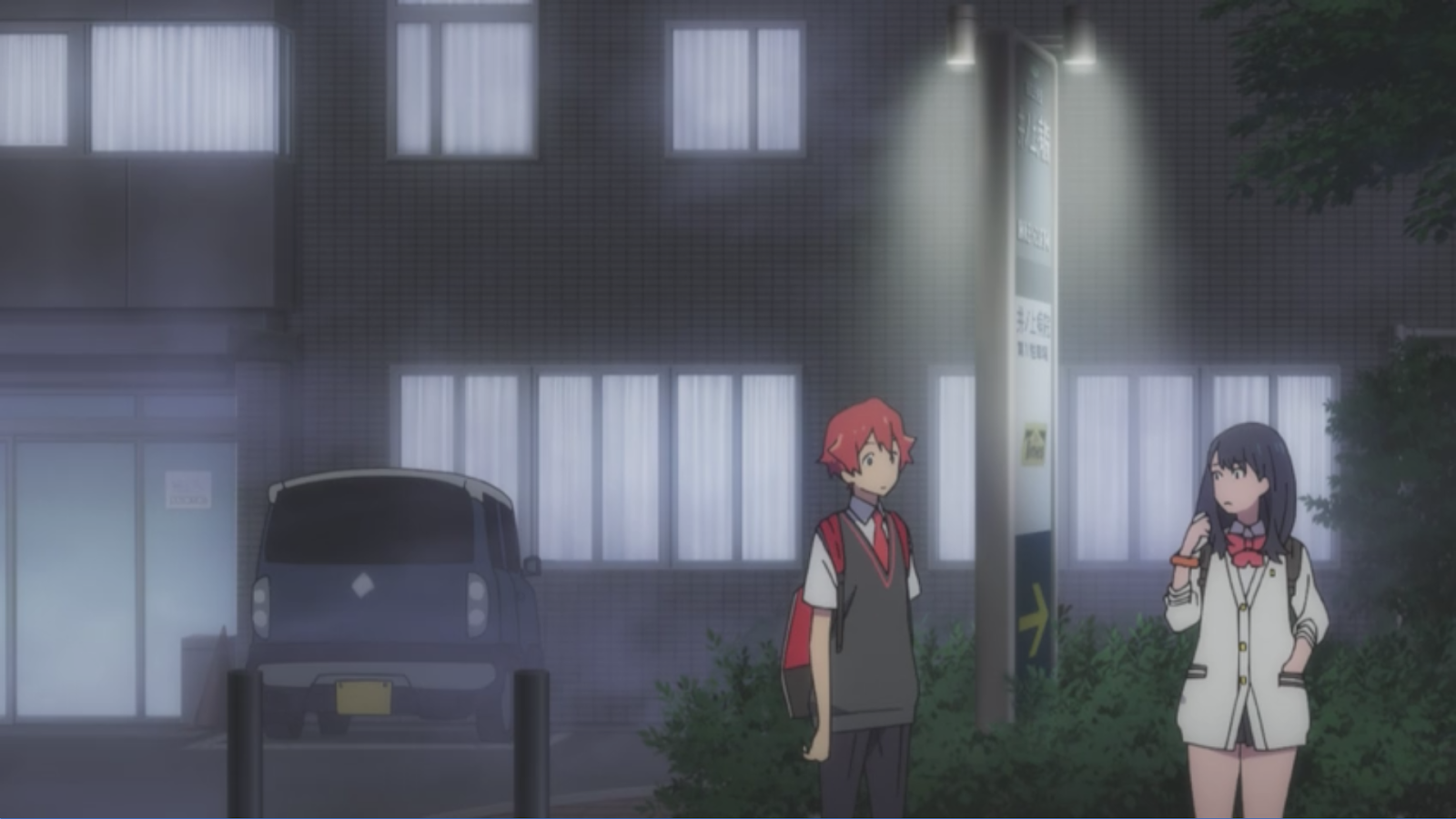 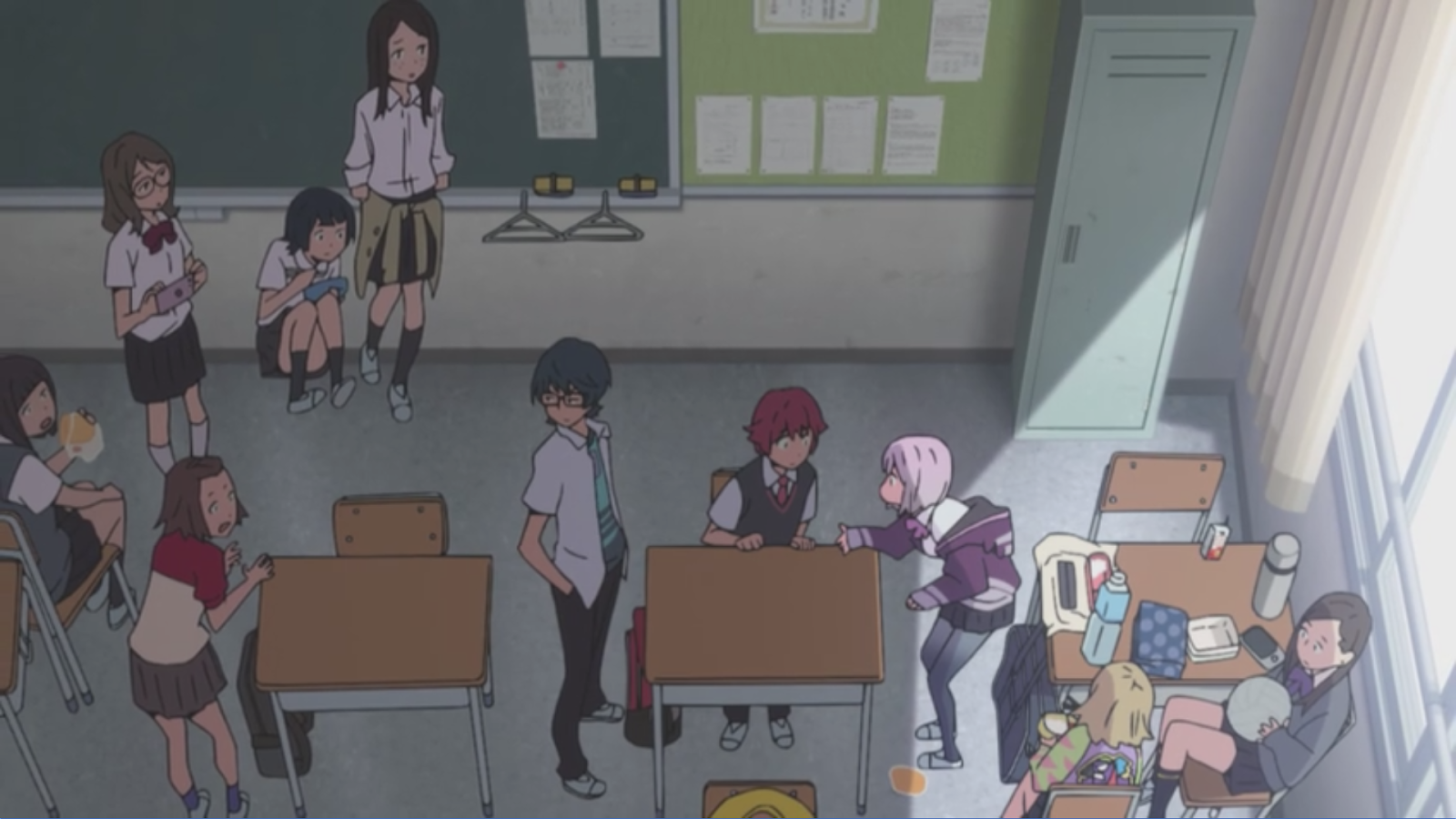 … But it’s a shock for myself who grew up watching the US adaptation of the Japanese Gridman from the 1990s. In the US version, we got Sam, who plays the guitar, and Yuta… is just a basic kid. There are some elements I found in the first episode that took me back to the original Superhuman Samurai Syber Squad, such as this “Malcolm” character. 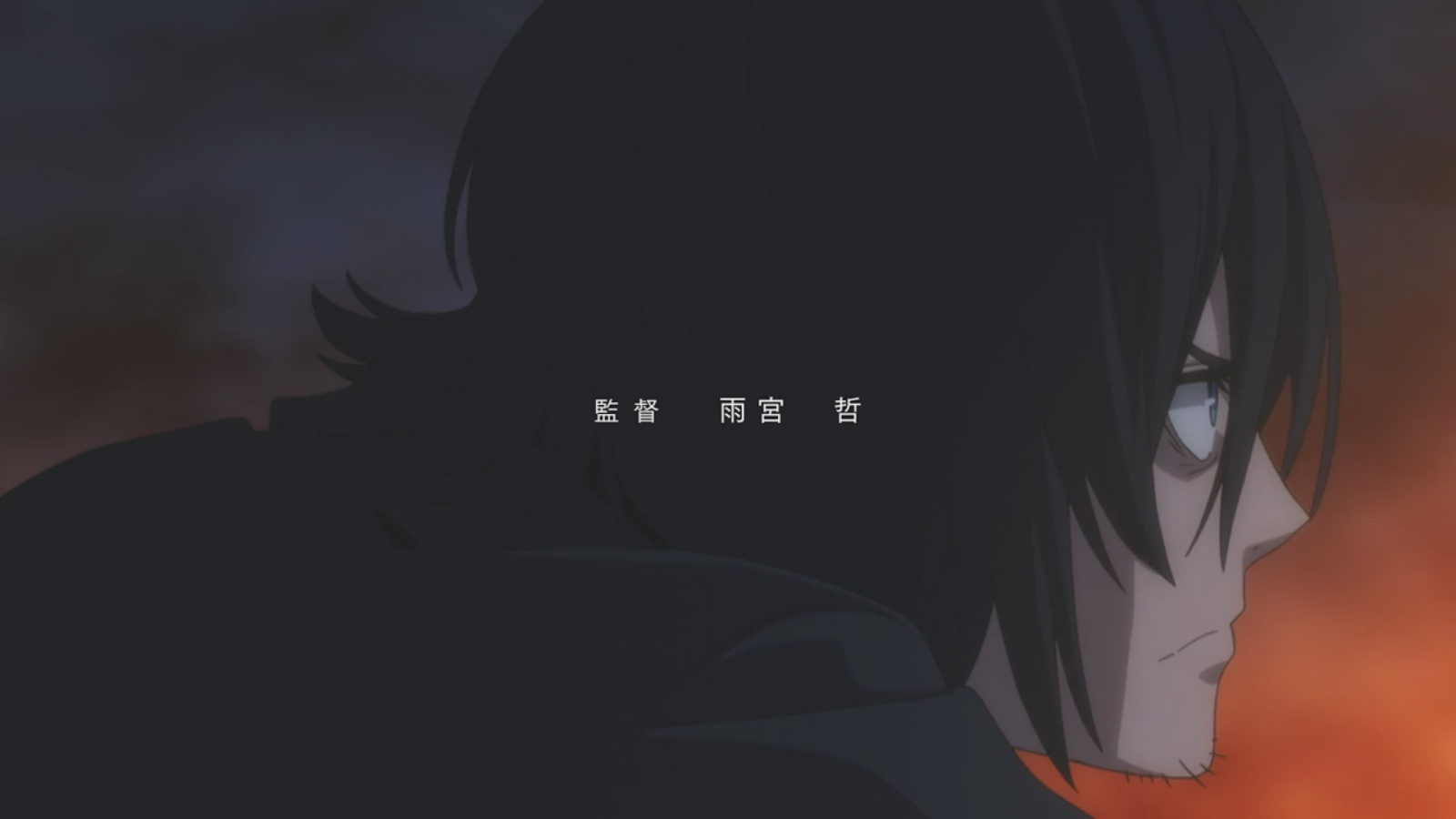 I also can’t help but notice that the fandom likes to focus on certain characters of the series, and not Gridman himself. What I’m trying to say is that there’s more emphasis of the moe aspect of the series than what the series is actually about… a reluctant trope that’s been debated over since the early to mid-2000s. But I digress.

Overall, not a high priority to watch at the moment.  I find myself not interested in watching this right away, but a candidate for a binge viewing session in the future. In the meantime, I might catch up with the DVDs I own of the original US series! 😀

SSSS.Gridman is currently streaming on FUNimationNow and Crunchyroll.

Eh, give this one a break. Not many people know about that fact.