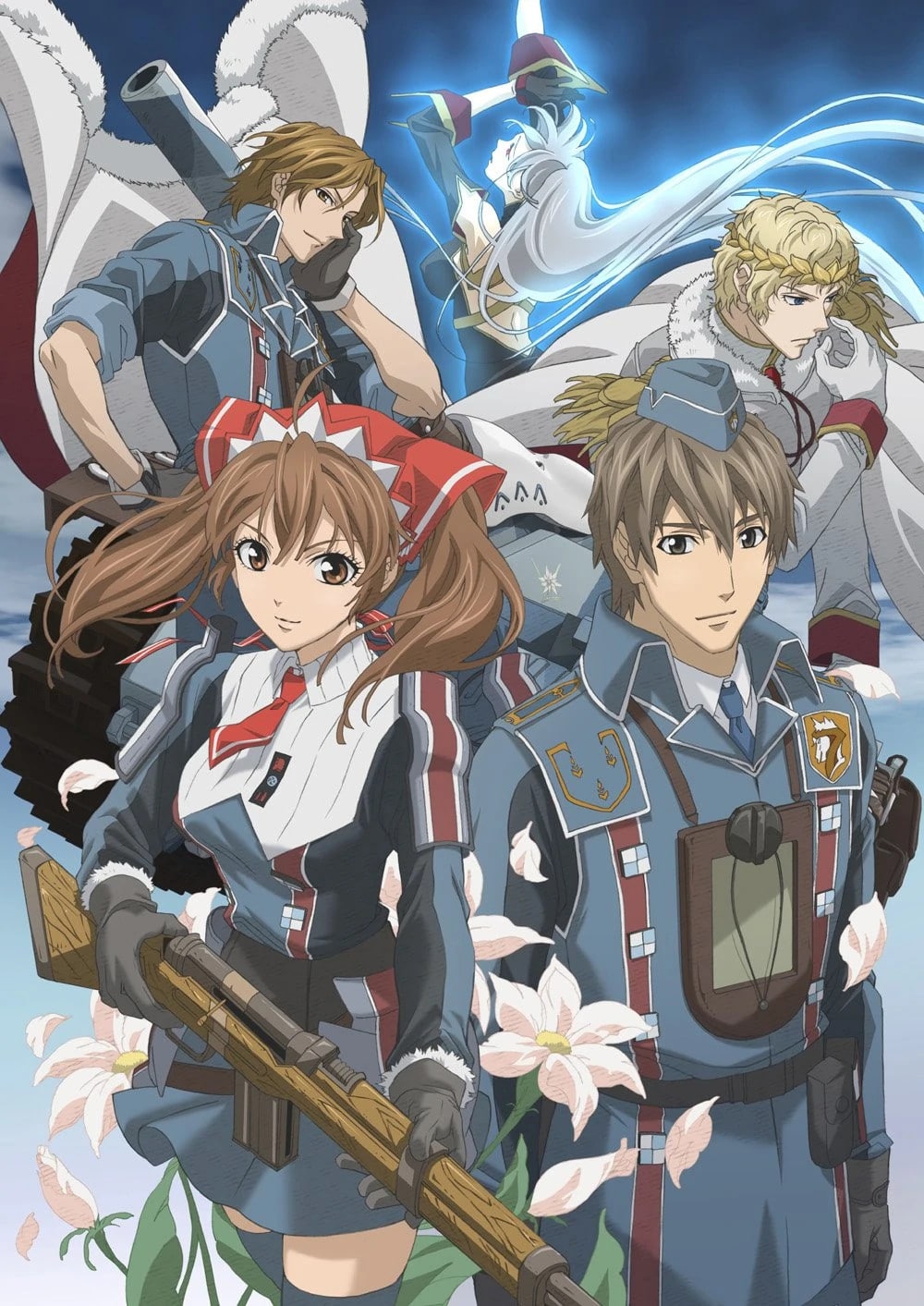 It begins with a brief explanation of the how the people once lived in peace… Until the land they cherished was taken hostage by a Darc (a demon of some sort?). All of that was put to an end thanks to a hero: a Valkyria. It sounds like the whole series in a nut shell, but the story is just getting started.

We see the main character, Alicia, who is a soldier of the Bruhl Patrol seeing over a friendly evacuation of the town of Bruhl in case of an attack. Another soldier by the name of Susie runs over to warn Alicia about a “spy” who is sitting next to the Dabos Bridge, “taking notes”.

The “spy” she is referring to is actually a young artist by the name of Welkin Gunther, who was really doing sketches of trouts that goes up the river in the springtime. When Welkin introduces himself to Alicia, she is shocked to hear such a name; Gunther is the same last name of a well known General. Alicia is too stubborn to realize that Welkin is not a spy…

On the way back to the village to take Welkin into custody, sirens begin to wail as enemies begin to make their move on Bruhl. Alicia runs back to the town while the two young rookie guardsmen whisper to each other of how they have a hard time training to become soldiers. Meanwhile, Alicia is briefed on the pending attack on the town, Susie is uncertain if she will continue to help everyone out due to “military pains” (stress, afraid of killing someone, etc).

A tied up Welkin breaks through the ropes to escape into the forest–until Alicia notices and takes pursuit. Alicia threatens to shoot Welkin, but thanks to the conversation she had with Susie, she hesitates and lets Welkin run off. Alicia catches up to Welkin in the heart of the forest—where the enemy forces are to attack.

They are caught by the enemy as they make their way to a nearby house that happens to be occupied by a girl who Welkin claims is his sister. They make it to the house without injuries. Alicia meets Welkin’s sister, Isara—who happens to be a Darc (as mentioned above). Welkin convinces Alicia that there is no time to argue and to drive away to enemy forces—who are right outside the house. Overtime, Alicia likens to Welkin and his sister…

Valkyria Chronicles is a series that becomes appealing after the first episode. (It happened with Fullmetal Alchemist and Death Note). Alicia is found to be a handful the first 5 minutes into the show, but Welkin is my favorite character so far!

Another thing about the series I like is the art design: look closely at the textures of the characters: they look like as if they game directly from the game! (Think about anime series that have had game adaptions featuring cel-shading; now reconvert it back into an anime series!)

As a plus, the Playstation 3 game was published by Sega. Being a Sega fan for a long time is another reason why Valkyria Chronicles is a must watch for myself; playing the demo for the game itself is a bit addicting, even for a demo—and a Tactical RPG. Valkyria Chronicles has won its place on my watchlist (and into my game collection once I purchase the game).