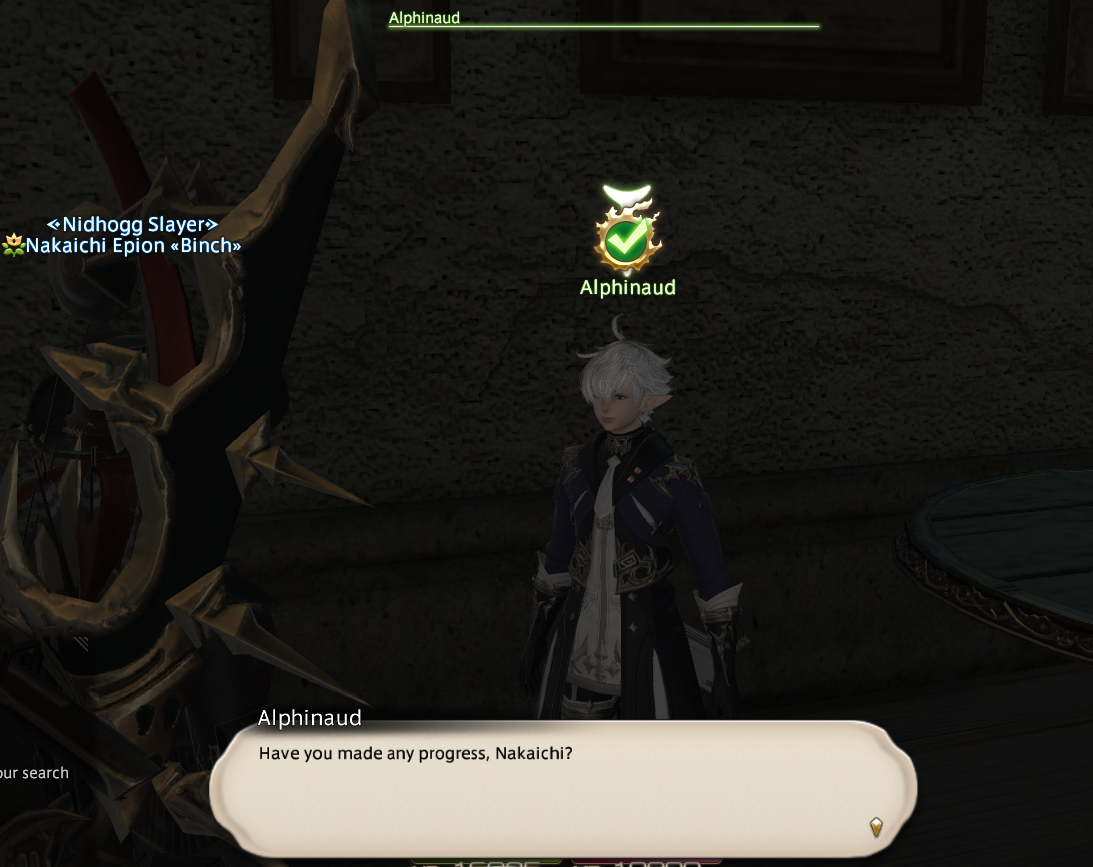 So, here it is… a long waited post after the last post. It’s been a long time since I’ve done a written update of my progress in Final Fantasy XIV that I don’t even know where to begin, and not to mention the fact that I’ve made huge progress between my time playing through A Realm Reborn content up to Heavensward. In my attempt to catch up to the content of the current Shadowbringers expansion pack, a lot of my progress was televised on Twitch. However, in my attempt to better my productivity, I have decided to return to my roots with written content, with the occasional video update once in a while.

Most of my progress of 2019 involved participating in the Final Fantasy XV crossover event, as well as progressing through the remaining Main Scenario Quests for A Realm Reborn. That was finally achieved, and now I’m less than 30 quests away from finishing the base Heavenwards MSQs, with the next stop to The Vault dungeon (“A Knight’s Calling”). Enjoy screenshots without context to show what Nakaichi has to deal with, without spoilers: ^^

One of my favorite moments so far in Heavensward is of Alphinaud Leveilleur’s announcement of the disbanding of the Crystal Braves after a failed mission, where the remaining members assure him that despite what occurred, that they are sticking around him to the end. A touching scene, considering the pressure he faced at the conclusion of A Realm Reborn.

A lot of this may not make any sense seeing as there is a huge chunk of content missing between ARR and HW, but ARR was a hassle and a half to go through, putting into perspective the reason Square-Enix introduced skipping content–for a fee. If you’ve already know the gist of Final Fantasy XIV story, then join me into seeing the journey of Nakaichi Epion through this never ending Final Fantasy.

How To: Add a Wave Spectrum Source Using a Mic in OBS