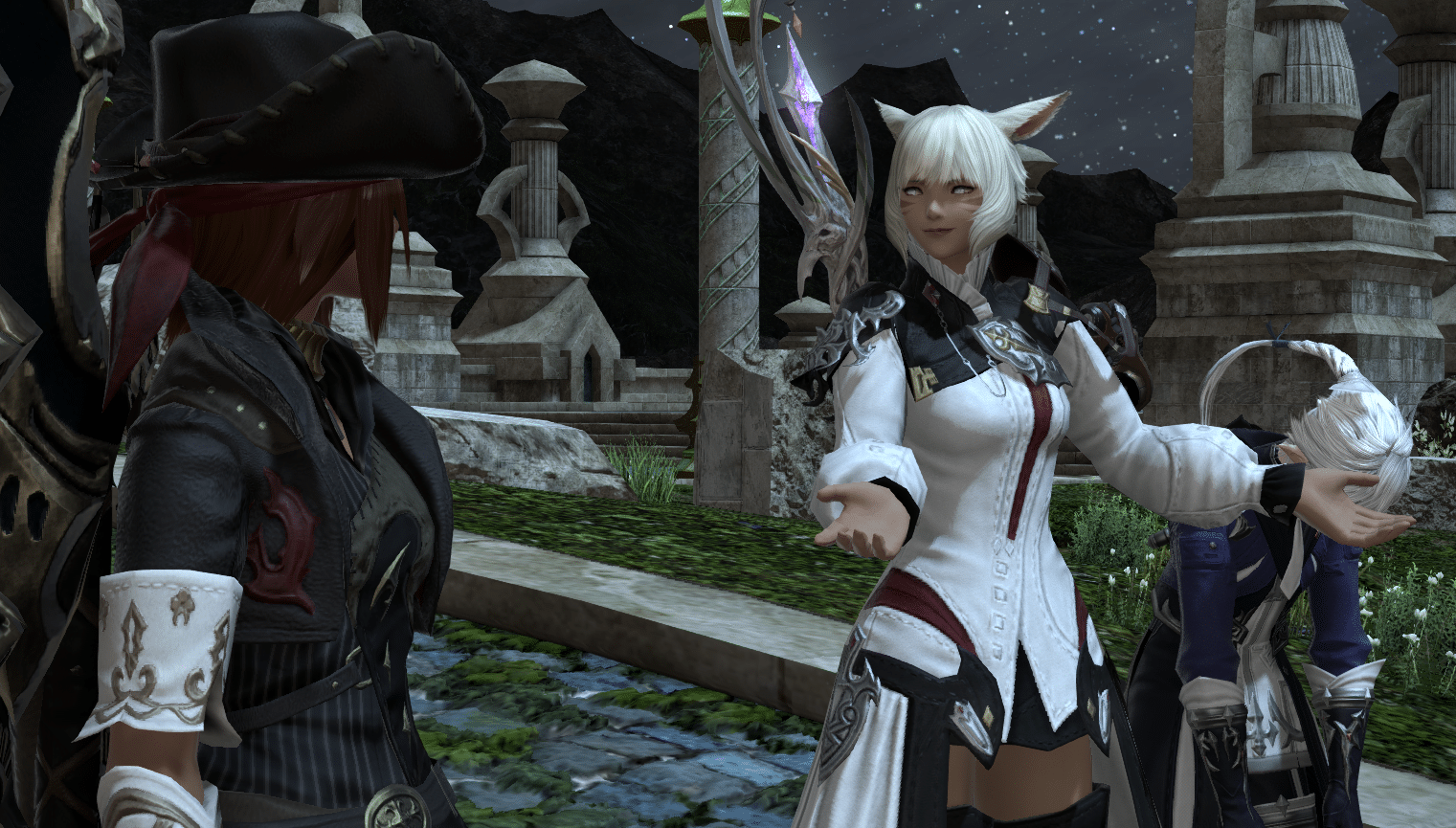 Since my last update, I made a lot of progress on my path to finishing the base Heavensward content on my way to playing the current Shadowbringers expansion. As of this writing, I have FINALLY finished the Heavensward Main Scenario Quests! Although there is still work to be done: there’s the patch content that needs to be explored, called the “Dragon Song War”.

Fortunately, it’s not as punishing compared to the A Realm Reborn content. I have also made some progress through the post HW quests, most recently witnessing this scene… I really enjoyed the extra attention Al is getting with these interactions with an idol of his:

There is one issue I am having as I am currently progressing once more on a PC platform. I first began playing FFXIV on a laptop before the screen died, then on a PS4 via the controller before building an entry level PC at the end of 2019 to run both the game and OBS smoothly. Having played FFXIV more in a PC environment and growing (while struggling) accustomed to the PS4 controller, I have to find my muscle memory playing the Bard class. It’s been my class since day one, and although I now have access to Red Mage–my class from back in the days of Nakashima on Final Fantasy XI’s Remora realm–I’m not ready to hang up my guitar just yet.

I’ve been searching for ways to not suck at Bard, although it should be really simple: all I have to do is keep up Damage Over Time (DoT) abilities, and spam physical attacks until it’s time to refresh the DoT. It’s also funny that it seems that I’m remembering things from the days of playing World of Warcraft since everything is nearly identical as far as mechanics are concerned.

A lot has changed since I started playing Final Fantasy XIV, and from what I’ve read that Bard is not quite what it used to be. The abilities I used early on are no longer present. However, being a higher level from what I was, I’m able to fill the gap of the ability that was once there (Misery’s End is one skill I was acquainted with that was removed prior to the launch of Shadowbringers.)

In my searches, I also looked up some macros I could use during my time with Bard–only to come across threads on Reddit with blunt responses such as “don’t do this” without being doing in depth as to NOT do it. I have to remind myself that this is still an online game, and there are pure geniuses, and there are “geniuses”, if you know what I mean…

Anyway, I have to follow the routine of the Bard until it all comes back, and hopefully not aggro someone into tilting because of one little screw up.