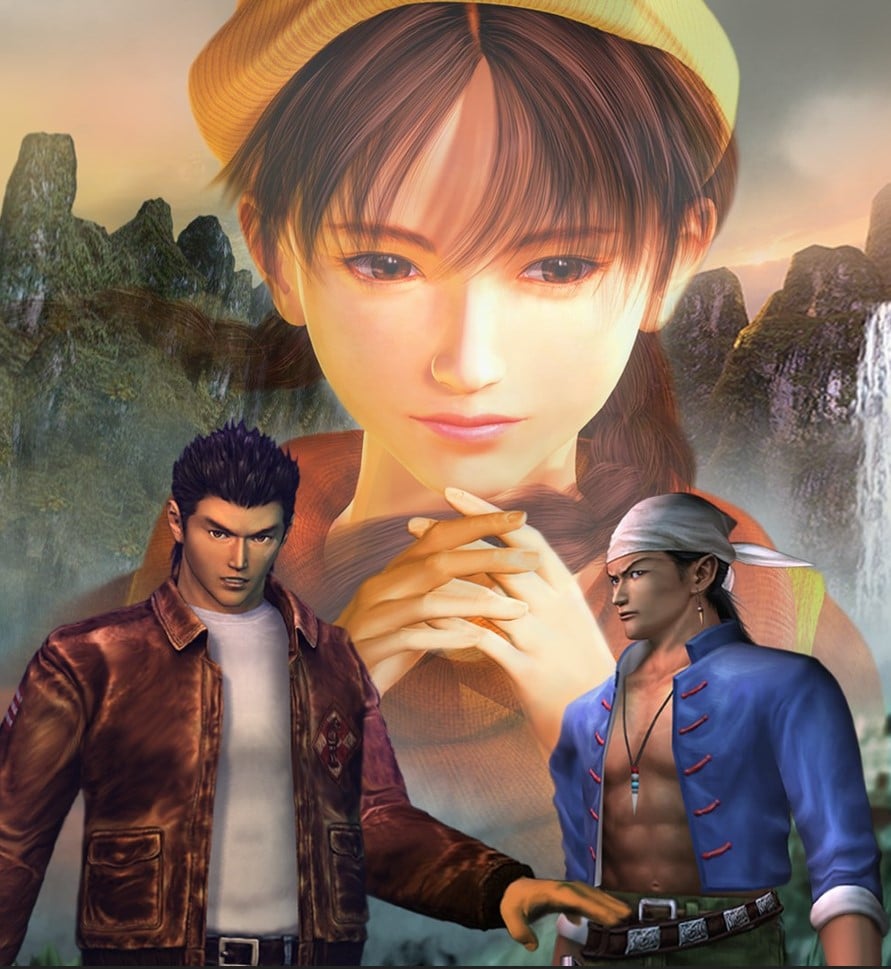 When I played the first Shenmue game for the first time in the era of the Sega Dreamcast, I did not have immediate access to the internet to figure out that a lot of the places mentioned in the game are based on real locations. I was only a wee child oblivious to the real world, so I figured that the surrounding areas were fictitious in name, but somehow based on a real city in Japan. Years later, I found out that the town in question where Shenmue takes is on the street of Dobuita in Yokosuka, located in the Kanagawa prefecture of Japan.

The first game in the Shenmue series takes places at the end of 1986, in which was about 15 years earlier from when the game was released at the very end of 1999. In an interview in Famitsu magazine with Shenmue creator Yu Suzuki about the upcoming Shenmue The Animation TV anime (previously discussed on Centaku Media Journal: Episode 9) along with Shenmue The Animation producer Yuu Kiyozono, Dobuita is said to have changed significantly over the years, though that fans of Shenmue will get a case of nostalgia thanks to the familiar landscape of the city:

[…]Dobuita Street still feels like it did in the 1980s. They really want to capture the Showa era Yokosuka where Japan is not as clean as it is now. They hope they can convey to non-Japanese people the nostalgia that Japanese people have for this era/aesthetic.

Another real world location of interest featured in the sequel of Shenmue is Hong Kong. Fast forward to the late 2010s, the country was put into the spotlight in 2019 due to a now-scrapped controversial extradition bill that would have allowed Hong Kong to send criminal suspects to mainland China for trial, triggering protests over a span of several months to a year; additionally adding controversies for many well known companies such as Blizzard Entertainment’s handling of the suspension of top Hearthstone player, Blitzchung.

But for those who haven’t gone back into time to the late 1980s–the setting of Shenmue II–it gives you this sense of curiosity… and appreciation. One city that comes to mind within Hong Kong is Kowloon, once known as “The Walled City”. And it is just that: a city within a wall.

Kowloon was originally built within a wall that was eventually torn down by the Japanese during World War II. In place of the wall, several buildings were built that contained housing for many citizens, as well as businesses as big as manufacturing companies. Due to the nature of the country shared between China and Britain, it was easy for those who are in trouble in the law to get under the radar.

In Shenmue II, Ryo’s quest for revenge eventually took him into the Walled City to find Lan Di, the killer of his father. Prior to his journey to Hong Kong, Ryo had encounters with individuals belonging to gangs that somehow has ties to Lan Di. As such, during Ryo’s exploration, many involved with Lan Di found Kowloon home. The exploration even took Ryo through a course where you have to be very, very brave to attempt in real life. In the following clip highlighted during my playthrough of Shenmue II on Twitch, I playthrough an area of an abandoned building where you have to maneuver Ryo to keep him alive:

Returning to reality: it wasn’t until the early 90s the Walled City was torn down in favor of buildings with modern city code and better living conditions. YouTuber Rob Frost filmed his experience living in Hong Kong in 1990, a few years before the demolition.

Bonus Viewing: Be sure to check out this 30 minute documentary that chronicles the life of an individual struggling to make ends meet after setting foot in Kowloon: