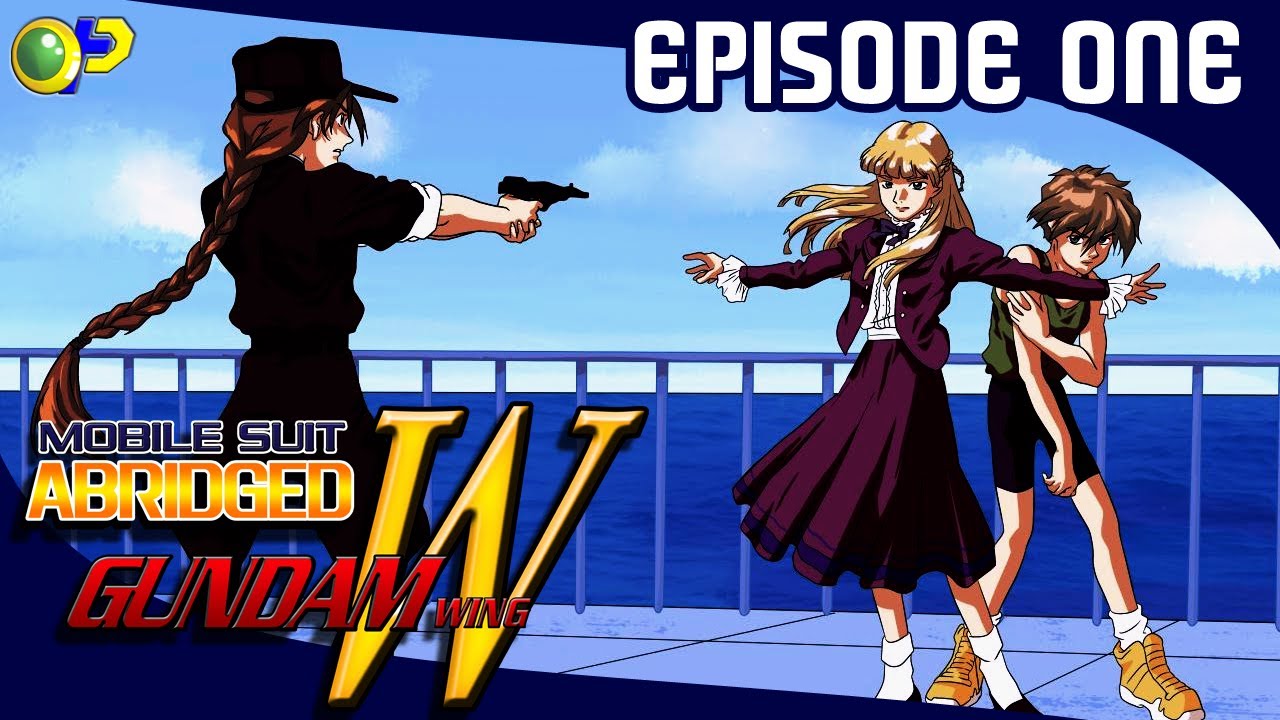 I was deciding whether to talk about this within the Channel Surfing series, or outside of it as a separate post, considering the nature of this next entry I am about to talk about. If you’ve been here for a minute, you can probably tell that I am a huge advocate of the Gundam franchise, and especially of the series that started me on the course of what the franchise has to offer: Gundam Wing.

However, this will be a take of the series that is beloved by fans around the world, formatted under the concept of “Abridged” series thanks to Yu-Gi-Oh (Yu-Gi-Oh: The Abridged Series) and Dragon Ball Z (TeamFourStar). Enter Mobile Suit Abridged Gundam Wing. The group responsible for this series is Operation Meatier on YouTube. The channel was launched in 2016, with their first entry of the Abridged series created for TeamFourStar’s #TIBA (Tenkaichi Ironman Budokai Abridgathon) contest. As of February 2020, there are currently 8 episodes covering the first 15 episodes of the original series, with the most recent episode uploaded this past December.

Having personally going through a sudden nostalgia trip–and considering that 2020 is Gundam Wing’s 25th anniversary–I decided to scope out an Abridged version of the TV anime: when you’ve rewatched Gundam Wing 5+ times in the past 20 years, it makes sense to seek out an alternative version to make sense of the character’s goals. And does it ever.

I am hesitant to recommend this for those who are uncertain about any of the Gundam series, considering the mixed perception of Abridged projects. But this might be something to consider to someone who does not like the political aspect of the series, especially explaining just what the hell is going on in the series (I’m looking at you, Treize).

From the first episode, the quality matches that of TeamFourStar’s DBZA–which shows that they are huge fans of–and it blows the original series out of the water, making you think it actually happened rather than guessing if that was the author’s original intention. Examples include Noin’s obvious crush on Zechs–which goes over his head, Quatre’s romantic infatuation of Trowa, and Relena’s determination to confront Heero that brings to reality how much danger she is putting herself in due to her naiveness.

Another way to look at it is that many of us watched Gundam Wing when we were a lot younger, having the constant topic of politics fly over our heads. As an adult, the story now makes a lot of sense considering the current political climate, depending on where you are located. However, the story told from Operation Meatier’s Point-of-View throws what we finally understand of Gundam Wing out the window in the best way ever.

A favorite moment from MSAGW is from Episode 6, which abridges Episode 8 of Gundam Wing, “The Treize Assasination”: Wufei confronts Treize in a duel of swords, only for Wufei to have his pride handed to him. In the Abridged series, Wufei is desperate for a win in their duel, so he proposes a “Best of Five” system–that goes on longer than it needs to. Wufei accepts defeat, and Treize calls out Wufei’s immaturity of shunning opponents for being weak… or for being a woman (which is something that would be definitely frowned upon if Gundam Wing was made in the 2020s).

Please check out the first episode and if you’ve enjoyed it, please support them wherever possible–especially supporting the original release via RightStuf.