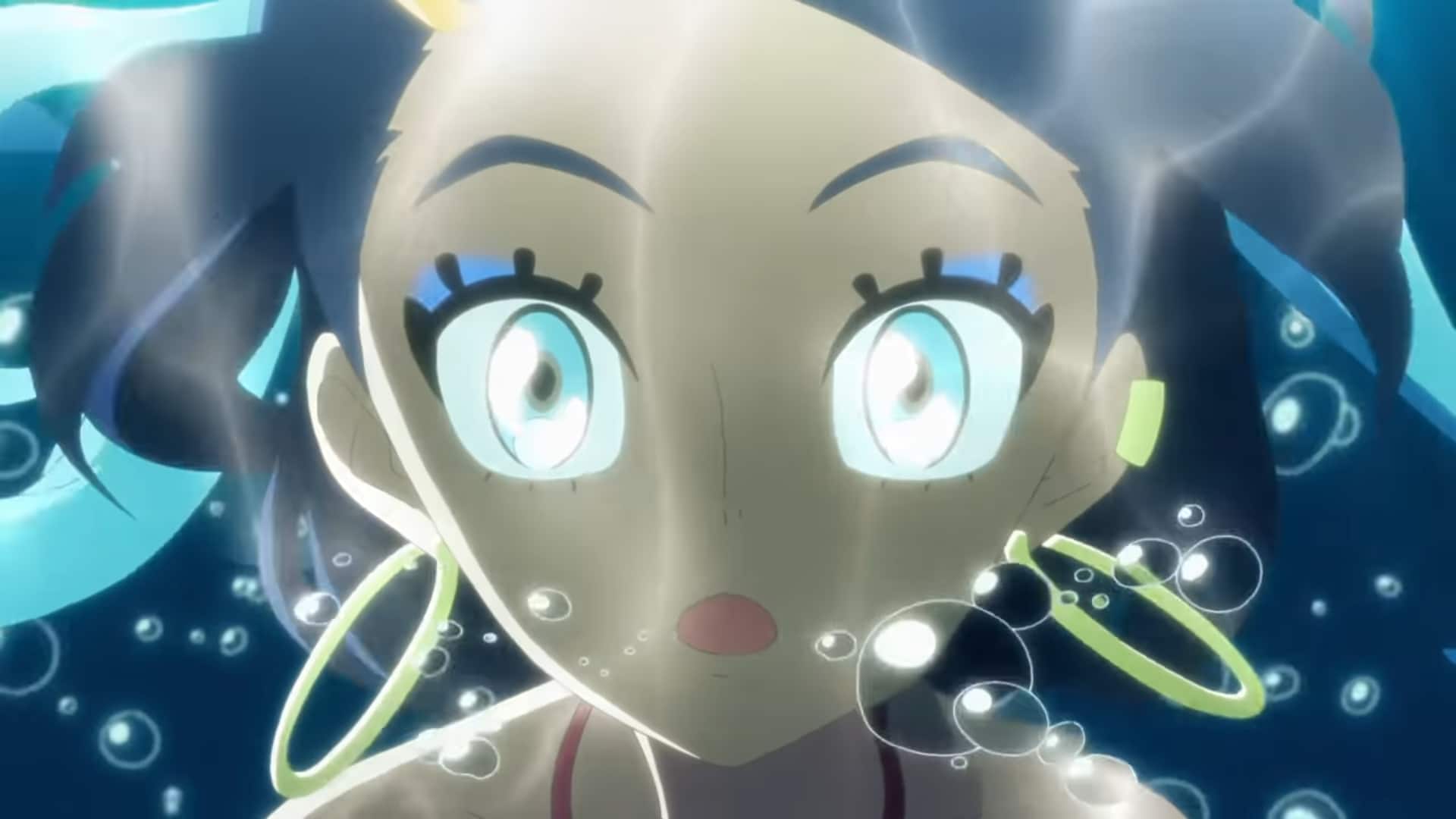 Four episodes in of Pokémon: Twilight Wings, and we finally get to see Best Girl, Nessa! Keeping with an apparent theme of these episodes involving gym leaders (see Episode 2 featuring Bea), Nessa is in deep thought following a recent battle against fellow gym leader, Milo.

Nessa is the latest gym leader to re-evaluate their feelings after losing a match. Chairman Rose and Oleana checks on her, where Rose suggests that Nessa could focus on what’s more important: her modeling career, or being a gym leader. Later on, Nessa catches up with Sonia at a cafe venting her frustrations. Sonia’s response: “it all comes down to what you want to do.”

During a photoshoot, she reminisces of when she was younger, reaching out to the water towards a stray Feebas. As the photoshoot progresses, the photographer wants a change a scenery, especially something involving water Pokemon… but they can’t find any!

Nessa is concerned, and dives into the water to find them… only to have a chance encounter with a Milotic that would decide her destiny…

Twilight Wings is full of wholesome stories, as always! I realize that I write too much into what’s going on into the episodes, as I am still attempting to find my groove writing in this format, but this episode will enlighten you!

Pokémon: Twilight Wings has a lot of visual Easter eggs, including brief appearances of well known characters of Galar! Here are a couple I picked up on in this episode:

Watch the fourth episode below for free on the official Pokémon channel on YouTube! To catch up on what Pokémon: Twilight Wings is about, check out my Channel Surfing entry!